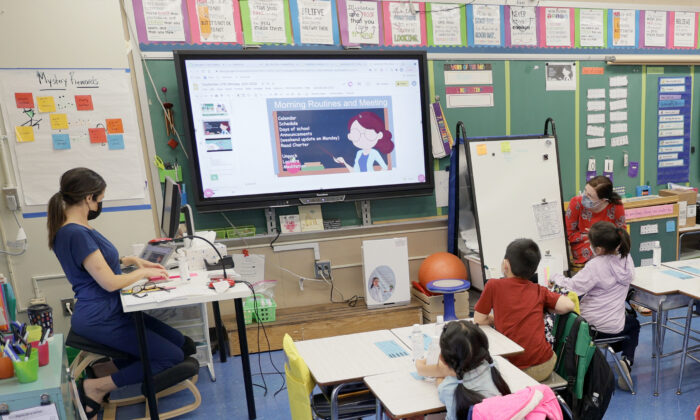 Lawyers for the plaintiffs, a group of teachers, said in a 12-page petition that the mandate “threatens the education of thousands of children in the largest public-school system in the country and violates the substantive due process and equal protection rights afforded to all public-school employees.”

The mandate forces teachers and other school workers to get a COVID-19 vaccine to remain employed unless they are approved for a religious or medical exemption.

A federal judge last week granted a temporary injunction against it but a federal appeals panel on Monday decided to let the mandate take effect. The 2nd U.S. Circuit Court of Appeals panel did not explain their ruling.

Thousands of teachers will lose their jobs when the order imposes punishment at 5 p.m. on Oct. 1 even though municipal employees who don’t work for schools can opt-out of a separate mandate by submitting to weekly testing, lawyers for the teachers wrote to Supreme Court Justice Sonia Sotomayor, an Obama nominee.

That amounts to discrimination against public school workers, they argued, appealing for intervention from the nation’s top court.

“Applicants will suffer irreparable harm if their request for injunctive relief is denied,” they said.

Emergency requests can be filed to the Supreme Court by lawyers who think lower courts have ruled wrongly and who believe “irreparable harm” will result if a stay is not granted. The requests are sent to a single judge, who has the power to deny them or to agree, which would temporarily block the mandate and move the matter to the full court for consideration.

Danielle Filson, a spokeswoman for New York City Mayor Bill de Blasio, a Democrat who announced the vaccine mandate, said on social media that the teacher plaintiffs “have no valid claims.”

New York City’s Department of Education “has the authority to implement a mandate that is firmly grounded in science & the expertise of public health officials from across the nation,” she added.