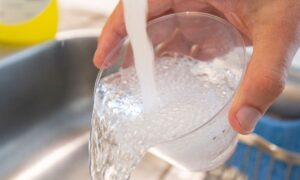 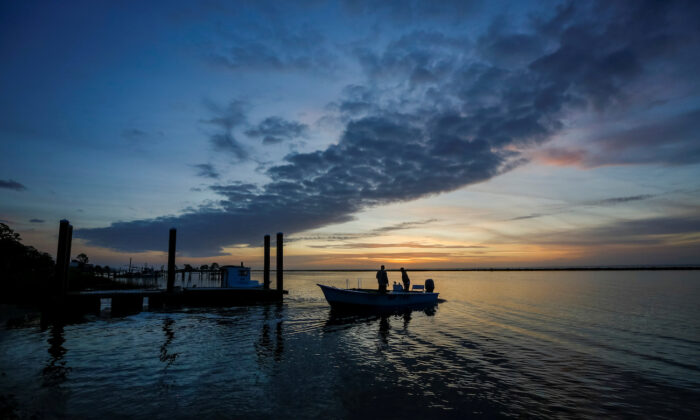 A boat leaves before dawn for a day of work harvesting oysters from Apalachicola Bay, Feb. 11, 2020. (Colin Hackley/Reuters)
US News

The case involved the Flint and Chattahoochee rivers in Georgia, which join to form the Apalachicola River at the Florida line.

The court rejected Florida’s claim that Georgia uses too much of the water that flows from the Atlanta suburbs to the Gulf of Mexico. Florida said that its neighbor’s overconsumption is to blame for the decimation of Florida’s oyster industry.

Justice Amy Coney Barrett wrote for the court that Florida failed to prove its case, which had been before the court twice in the past three years.

“Considering the record as a whole, Florida has not shown that it is ‘highly probable’ that Georgia’s alleged overconsumption played more than a trivial role in the collapse of Florida’s oyster fisheries,” Barrett wrote (pdf).

The court’s newest justice cautioned that she and her colleagues were not equipped to say what accounts for the steep decline in oysters from Apalachicola Bay.

“Of course, the precise causes of the Bay’s oyster collapse remain a subject of ongoing scientific debate. As judges, we lack the expertise to settle that debate and do not purport to do so here,” Barrett wrote.

And she also noted that, even with its high-court victory, “Georgia has an obligation to make reasonable use of Basin waters in order to help conserve that increasingly scarce resource.”

Georgia officials called the decision a vindication of their water management.

“Today the Supreme Court of the United States, in a unanimous decision, affirmed what we have long known to be true: Georgia’s water use has been fair and reasonable,” Attorney General Chris Carr said.

“The Supreme Court’s ruling is disappointing for the thousands of families whose livelihoods depend on the waters of the Apalachicola-Chattahoochie-Flint River Basin,” she said in a statement to media outlets. “The Court may have disagreed, but the hardworking Floridians of our oyster fisheries know that water overconsumption by Georgia has contributed to a 98 percent decline in value of Florida’s oyster catch. While we work to protect Florida’s waters, our Division of Aquaculture will continue working hard to support our oyster industry every way that we can.”

Florida had sought a court order forcing Georgia to limit its use of water from the Flint. When the justices first heard the dispute three years ago, Florida also was claiming that the Atlanta area’s consumption of water from the Chattahoochee River played a big role in the reduced flows in Florida, but that claim fell out of the case by the time it reached the court again in February.

Last year, the Florida Fish and Wildlife Conservation Commission voted unanimously to shut down oyster harvesting in Apalachicola Bay through the end of 2025 because of a dwindling oyster population.

Florida’s lawsuit against Georgia was filed in 2013 directly in the Supreme Court, which is mainly an appellate court but hears disputes between states. The court appointed a special master to evaluate the case, and he initially recommended that Georgia should prevail.