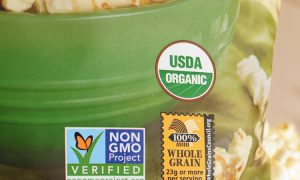 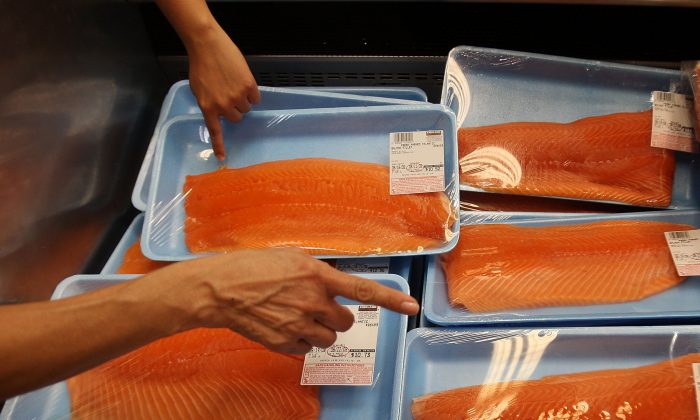 Superfish: A genetically engineered salmon is on its way to approval for human consumption in the United States. It would not likely be labeled any differently than conventional Atlantic salmon in grocery stores.

The AquaBounty AquaAdvantage transgenic salmon grows two to six times faster than natural Atlantic salmon stock thanks to genetic engineering. It has been dubbed the “superfish” or “FrankenFish” by concerned advocates for Genetically Modified Organism (GMO) product labeling.

The U.S. Food and Drug Administration (FDA) released an assessment of the genetically engineered (GE) salmon on December 26, 2012, reporting that the salmon does not pose significant environmental threats or threats to human health upon consumption.

U.S. Sen. Mark Begich and Sen. Patty Murray sent the FDA a letter expressing grave concern. Upon the senators’ request, the FDA extended the public comment period to April 26. The FDA will review comments before approving the product.

The senators write: “Legislation will be introduced in the 13th Congress to seek a more comprehensive environmental review of this and other genetically engineered fish, and require labeling of any such products sold in the U.S. so consumers are aware of what is on their dinner plates.”

The GE salmon would be labeled the same as conventional Atlantic salmon stock, “because the essential nature of the salmon has not changed as a result of the introduction of the AquaAdvantage construct, an AquaAdvantage Salmon is still an Atlantic salmon,” reads the draft assessment report.

More than 60 countries require the labeling of GMO foods, but the United States does not have any legislation on the matter, according to environmental organization the Sierra Club. A large portion of the corn and soy produced in the United States is genetically modified.

The GE salmon would be the first GE animal approved for human consumption, though milk from a GE goat has already been approved by the FDA. The goat’s altered genes allow it to produce milk with a pharmaceutical that helps clotting disorders in humans. The milk was also approved by the European Medicines Agency.

The GE salmon would be considered a veterinary drug under FDA regulation.

“We continue to have serious concerns about the AquaBounty proposal and the FDA review process that would regulate a proposed food product as if it were a new animal drug,” states the senators’ letter.

The salmon would be farmed in a facility on Prince Edward Island, Canada, shipped to a facility in Panama for processing, and transported to the United States as fillets and steaks for retail sale, according to the FDA report.

The FDA studied the salmon for multiple factors that could affect human health upon consumption, including whether its genetic material could create new viruses, whether the fish’s tissue contained any substances harmful to humans, and whether it had a higher likelihood of causing allergic reactions.

“With respect to food safety, FDA has concluded that food from AquAdvantage Salmon is as safe as food from conventional Atlantic salmon, and that there is a reasonable certainty of no harm from consumption,” states the FDA.

As the facilities are located in other countries—stringently restricted to the one facility in Canada and the other in Panama, according to FDA requirements—the FDA is not concerned about environmental impacts in the United States.

Canadian environmental agencies must still conduct a review of the facility on Prince Edward Island.

The FDA states that highly secure facilities will prevent GE salmon from escaping and affecting natural ecosystems. The GE salmon will also be infertile to prevent breeding with natural stock should some fish escape.

The senators contend: “The FDA review narrowly applies only to a limited set of production and rearing facilities, and fails to consider the implications of the broader application of this technology which assuredly would occur should the FDA’s final approval be granted.”

The FDA argues for the approval of the GE salmon to cope with increasing global demand for fish. The 2010 Dietary Guidelines for Americans recommend more seafood, in part to reduce heart disease.

In 2006, farmed fish accounted for half of the 110.4 metric tons of fish consumed worldwide, according to the FDA.

The AquaAdvantage salmon is one of several GE fish being developed, but it is the most commercially advanced.

The regulations.gov website used for submitting public comments showed just over 1,000 comments on April 14. According to non-profit group Center for Food Safety, nearly 400,000 comments have been filed over the course of the application process, with more than 300 consumer and environmental advocacy groups opposing its approval.

“It is extremely disappointing that the Obama Administration continues to push approval of this dangerous and unnecessary product,” said Andrew Kimbrell, executive director for Center for Food Safety, in a statement on the group’s website. “The GE salmon has no socially redeeming value; it’s bad for the consumer, bad for the salmon industry and bad for the environment. FDA’s decision is premature and misguided.”