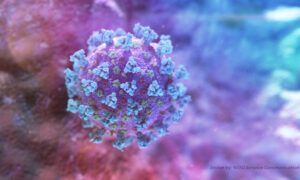 Coronavirus Can Survive in Air for 3 Hours, on Surfaces for up to 3 Days: Study
0 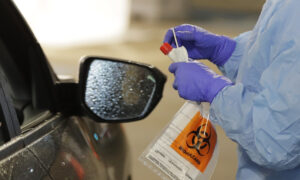 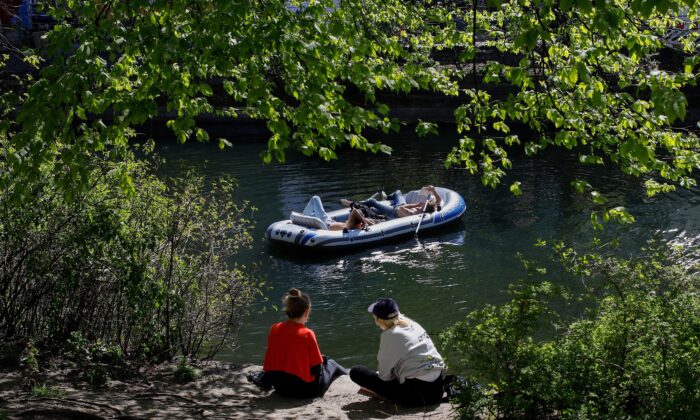 People sit in the sun as others relax in an inflatable boat along the Landwehr canal in Berlin's Kreuzberg district on April 18, 2020. (David Gannon/AFP via Getty Images)
PUBLIC HEALTH INFORMATION

Researchers simulated sunlight and found it greatly increased the inactivation rate of the CCP (Chinese Communist Party) virus, a novel coronavirus that emerged from mainland China last year, on surfaces relative to darkness.

The half-life of the virus was 2 minutes with full solar intensity, or similar to New York City or the District of Columbia during a clear day on summer solstice.

“Sunlight reduced infectious virus to undetectable levels after just 3 minutes of exposure to the solar equivalent of midday sun on a sunny day in the middle latitudes of the U.S.,” researchers wrote.

Half solar intensity killed the virus in 3 minutes while quarter intensity, equivalent to a clear day at the end of February, inactivated it in 4 minutes.

The CCP virus showed no decay when no light was used.

The risk of transmission from surfaces that are outdoors is lower during daylight, according to the tests.

More tests are planned for higher concentrations of the virus “to better understand decay rate.”

“If a location has a COVID-19 (+) individual and is going to be vacated for cleaning, turn up indoor heat and humidity if possible,” they wrote. Increasing air flow indoors may reduce risk of transmission, the results suggested.

Researchers with the Department of Homeland Security also tested the effectiveness of commercial cleaners on surfaces with the CCP virus and found that bleach or 70 percent isopropyl alcohol killed the virus in both wet and dried saliva on stainless steel in just 5 minutes. They plan to test shorter contact times with cleaners as well as analyze how other off-the-shelf products such as Lysol spray and Clorox hydrogen peroxide cleaner work against the virus.

The report wasn’t released by the government. Yahoo News obtained it and released it online. It is marked “for official use only.”

A Department of Homeland Security spokesman told The Epoch Times: “The department is dedicated to the fight against COVID-19, and the health and safety of the American people is its top priority.”

“As policy, the department does not comment on allegedly leaked documents. It would be irresponsible to speculate, draw conclusions, or to inadvertently try to influence the public based upon a document that has not yet been peer-reviewed or subjected to the rigorous scientific validation approach,” he added.

The department’s Science and Technology Directorate announced ongoing research into the CCP virus in March. Researchers would be trying to answer questions about the impact of a range of conditions, like temperature and humidity, to determine the virus’s survivability in the air, in respiratory fluids, and on various types of surfaces.

Research was taking place at the National Biodefense Analysis and Countermeasures Center laboratory,

Research against other viruses has shown sunlight is effective against them.

Researchers in November 2019 found full intensity simulated sunlight caused influenza virus aerosols to decay much faster than in darkness. The study was published in The Journal of Infectious Diseases. A study published in 2003 found ultraviolet light can “efficiently eliminate the viral infectivity” of SARS, another coronavirus.