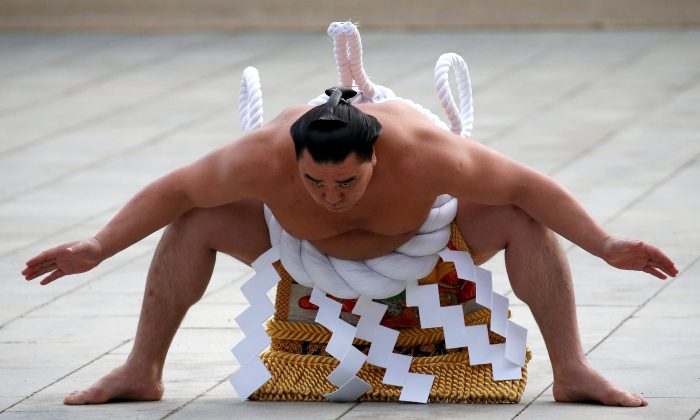 TOKYO—Sumo grand champion Harumafuji will retire from the ring following his assault against a junior wrestler, an incident that has tainted the image of Japan’s national sport just as it was regaining popularity, media reported on Wednesday, Nov. 29.

Mongolian “yokozuna” (grand champion) Harumafuji apologized earlier this month after media reported he had beaten junior wrestler Takanoiwa while drinking at a restaurant bar with other wrestlers.

Harumafuji was angered when he saw the younger wrestler checking his smartphone after being chastised for a bad attitude, the reports added.

The incident has highlighted the struggle of the ancient sport to reform the harsh conditions that can breed violence in its closed, hierarchical world, although some wrestlers say there have been changes for the better in the decade since a teenage wrestler was beaten to death by other wrestlers.

Public broadcaster NHK said Harumafuji, 33, would convey his intention to resign to the Japan Sumo Association on Wednesday and then hold a news conference. Neither Harumafuji nor the JSA could immediately be reached for comment.

The head of an advisory body to the JSA, the Yokozuna Deliberation Council, said on Monday the affair warranted “extremely harsh punishment” but did not issue a final decision because both the JSA and police were still investigating.

“There is almost no doubting that an act of violence was carried out,” Masato Kitamura, chairman of the advisory body, told a news conference after a council meeting on Monday.

“The general feeling within the council is that a strict disciplinary measure is required,” he added.

A former “oyakata” – the coach who runs the gym, or ‘stable’ where wrestlers train and often live – was sentenced to five years in prison in 2010 after a court found he had ordered wrestlers to beat a 17-year-old trainee Takashi Saito, who had tried to run away, in 2007.

Saito died from his injuries.

Mongolian yokozuna Asashoryu quit the sport that same year after a probe into reports of a drunken scuffle in Tokyo.

The incidents and competition from rival sports had eroded the popularity of the sport, in which giant wrestlers clad in loin-clothes seek to topple or push each other out of the ring.

But the promotion in January of Japan-born wrestler Kisenosato to grand champion status, the first home-grown yokozuna in 19 years, had helped it to rebuild its fan base.