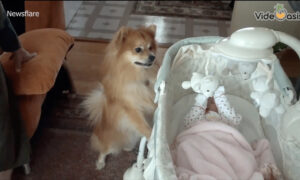 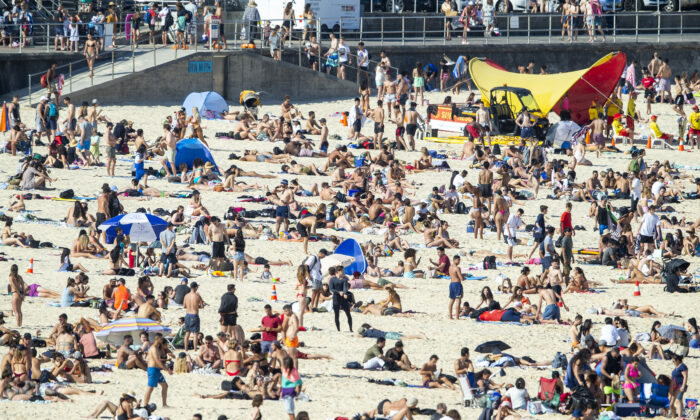 Bondi Beach looked like a scene out of Where's Wally as crowds flocked to the iconic waterfront on Oct. 5, 2020. (Jenny Evans/Getty Images)
Australia

Concerns over summertime beach usage have been raised in New South Wales after local Sydney councils closed beaches over the long weekend when temperatures above 30 degrees celcius drew thousands of people to the surf and sand, pushing the beaches to their capacity and causing concern over social distancing.

Just after Monday lunchtime, Waverly Council announced Bondi Beach was reaching its 6,000 capacity and that the beach would soon have to close.

An hour later, Surf Life Saving Sydney announced via a post on Twitter that Sutherland Shire beaches, including Cronulla Beach, were closed after car parks had reached capacity. The Surf Lifesavers advised the public to not head down to the beach that day.

The last time Sydney’s beaches were closed was in March after the state government implemented a 500-person limit on beaches due to the CCP (Chinese Communist Party) virus, commonly known as novel coronavirus.

Randwick council reopened Maroubra, Clovelly, and Coogee on April 20. However, thanks to crowds not complying with the social distancing they were closed again four days later.

As the summer draws nearer, Gary Nunn from the SMH has warned that the city councils need to take more creative action so that beaches weren’t being closed down in the middle of the day.

Nunn suggested adopting timed tickets to ensure everyone gets a chance to enjoy the beach.

“I was surprised at the lack of creative thinking applied to our open spaces by elected officials who’ve had more than eight months to prepare more inventive ideas for COVID-safe spaces,” Nunn said.

Northern Beaches Council in April did announce that it was reducing parking times to one hour for all beach parking spaces in an attempt to create an impetus for people to leave quickly. But it is not known how effective this measure was in controlling the use of the beaches.

Looking to the UK for inspiration, Britain had its first socially distanced outdoor concert in August, which saw 2,500 fans gathering on 500 separate elevated seating sections.

Spaced two metres apart, each of the platforms had a table, chairs, and even a fridge.