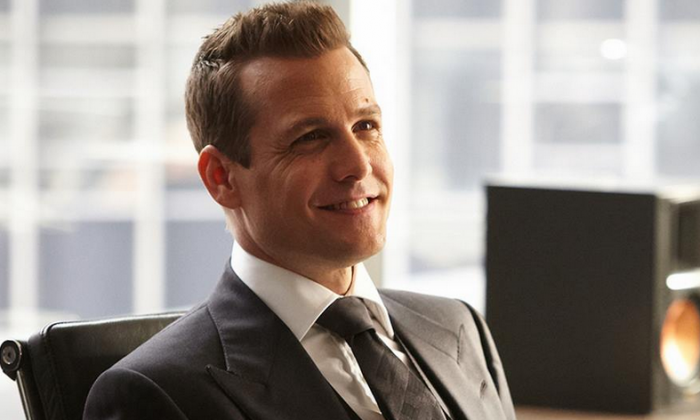 Suits season 4 is about to start, with the premiere set for Wednesday, June 11.

Spoilers about the USA drama have been coming out, including about new cast members.

-Eric Roberts has been cast in a recurring role. He’ll play Charles Forstman, a billionaire with an equally big personality, according to Zap2It. He has enough money to sway any takeover bid, but winning him requires figuring out what to give the man who has everything.

-David Bryan Woodside will play Jeff Malone, a former SEC prosecutor who has a personal stake in Pearson Specter, and is called to the rescue when the film gets into trouble.

-Brendan Hines will play Logan Sanders–the son of a millionaire entrepreneur who yearns to prove himself but gets into a tough spot between Harvey Specter and Mike, because of a “splashy acquisition,” according to the network.

-Jessica could be getting a new love interest. “We are heavily exploring that,” executive producer Aaron Korsh told TVLine.

-Donna will likely be branching out. “We are attempting…to give Donna a story of her own that is not law-firm based, and I think we’ll try to do that a little bit more as the season goes,” Korsh said. “But [the arc of Season 4 is] a little bit of a firm story and it’s Jessica’s love interest. So we’re not going to focus too much on Donna’s love interest in the first half of the season.”

-Mike won’t be returning to Pearson Specter anytime soon. “I wanted him to take it and not undo it in short order. We’re not finished [writing] season 4, but we’re into season 4, and he’s still gone,” Korsh told E! Online.

“The thing that the writers came up with that I thought was really excellent was that he’s leaving, but he’s still a client of the firm. It was a way to let him leave the firm but still be in our world. That was the key. You don’t want Mike leaving the show, and you don’t want Mike being on an island somewhere else.”

-Korsh also said that as time moves forward between the seasons, and when season 4 starts, Rachel is juggling working at the firm and being in law school. “I don’t know how much we’re gonna see her in law school in the first part of the season,” he said. “But as we’ve set up, she’s acting as an attorney within the firm, sort of like a summer associate as opposed to a paralegal. We’re gonna be a little bit surprised to see what her new position is.”

-There’s going to be challenges for Rachel and Mike. Some teasers indicate that they’ll be upset with each other over Mike’s upcoming fight with Harvey.

-Scottie will be mostly out of the picture, although Korsh did say that he could return for a guest stint at some point.