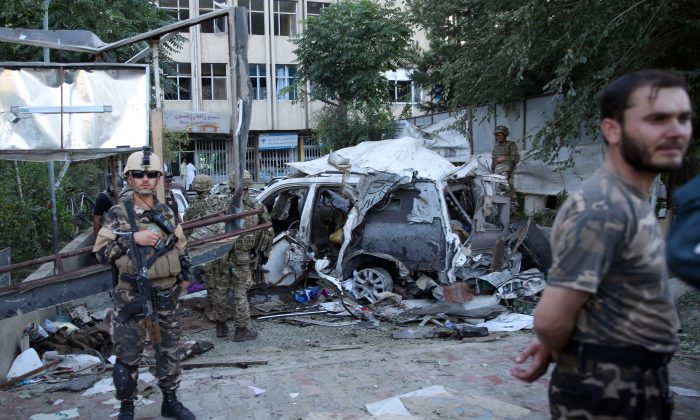 MULTAN, Pakistan—A suicide bomber blew himself up at the election office of a ruling party lawmaker, killing seven people and wounding nine others in central Pakistan on Wednesday, police said.

Amjad Khosa wasn’t present at his election office in Taunsa city at the time of the blast, senior police officer Mubashar Mekan told reporters. Some of the victims were listed in a critical condition.

“Our investigations concluded that the attack was carried out by a suicide bomber, who was on foot,” he said.

Mekan said it was unclear who orchestrated the attack, but suspicion fell on the Pakistani Taliban, who have previously claimed similar attacks across the country. The latest attack came two months after a pair of suicide bombers detonated their explosives in the hometown of anti-Taliban provincial minister Shuja Khanzada, killing him and 17 others.

Pakistan Among World’s Top Executioners After Terror Attack
China–Pakistan: A Strategic Relationship in the Shadows

Khosa condemned the blast, saying it was an act of terrorism. “My close friends are among the dead and injured,” he told state-run Pakistan Television.

Pakistan has long been under attack from local and al-Qaida-linked foreign Islamic militants, killing tens of thousands of people in over a decade.

Since last summer, the Pakistani army has been battling the militants in their haven of the tribal region of North Waziristan on the Afghan border, dispersing many of the fighters there.