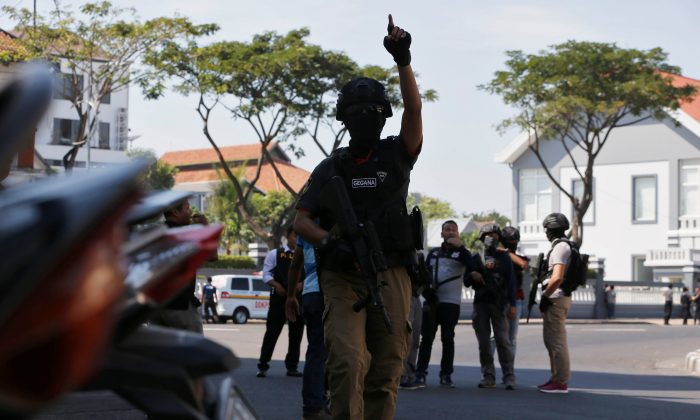 SURABAYA, Indonesia — A suicide bomber on a motorbike wounded several Indonesian police outside a police building in Surabaya on Monday, a day after Islamic terrorists launched suicide attacks on churches in the country’s second-largest city, police said.

“We can’t be open up all details yet because we are still identifying victims at the scene and the crime scene is being handled,” he told a briefing.

The blast occurred at 8.50 a.m. (0150 GMT) at a checkpoint outside the building, he said. The full extent of casualties was unclear, he said.

CCTV footage shown on Indonesian television showed a motorbike arriving at a checkpoint next to a car and exploding as officers approached it.

On Sunday, Islamic terrorists killed at least 13 people in suicide attacks on three churches in Surabaya.