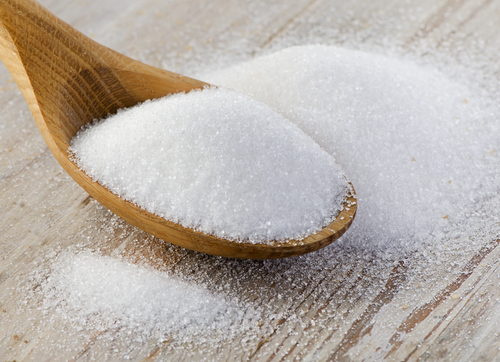 In as little as three years, a new sugar-powered battery could be powering cell phones, tablets, and more.

Researchers have harnessed the energy stored in sugar before, but the a battery recently developed at Virginia Tech has a much higher energy density than the others. It is thus considerably closer to becoming a viable product for common use.

Comparison of Energy Density: Sugar vs. Alkaline and Lithium

Sugar batteries have an energy density of more than 2,000 Wh/kg-1

Image of batteries via Shutterstock

AVirginia Tech press release explains how the batteries are made:

“Zhang and his colleagues constructed a non-natural synthetic enzymatic pathway that strip all charge potentials from the sugar to generate electricity in an enzymatic fuel cell. Then, low-cost biocatalyst enzymes are used as catalyst instead of costly platinum, which is typically used in conventional batteries.

“Like all fuel cells, the sugar battery combines fuel—in this case, maltodextrin, a polysaccharide made from partial hydrolysis of starch—with air to generate electricity and water as the main byproducts.”

Zhang said, according to the release: “We are releasing all electron charges stored in the sugar solution slowly step-by-step by using an enzyme cascade.”

*Image of sugar via Shutterstock