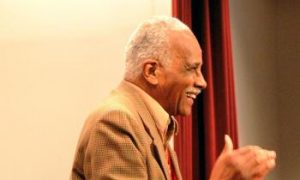 I Never Gave Up
0 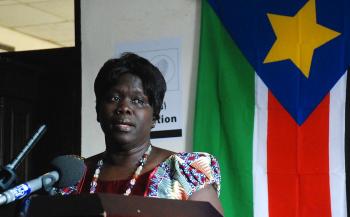 Anne Itto, deputy secretary general of the southern branch of the Sudan Peoples' Liberation Movement (SPLM), speaks during a press conference in the southern capital Juba on December 11, 2010.
Africa

By Kremena Krumova
Print
In southern Sudan, the minimum threshold of 60 percent, needed to validate the self-determination referendum in its fourth day has been reached, the south ruling party Sudan Peoples’ Liberation Movement (SPLM) announced.

“The mark that would make the referendum be considered valid is passed,” Dr. Anne Itto, the SPLM Deputy Secretary-General for the South said, according to their official website.

Itto pointed out that the results are based on polling figures and reports gathered from some SPLM teams in the 10 states of Southern Sudan. Due to communication difficulties, the SPLM was unable to obtain figures of the turnout from centers in the North, overseas and other remote centers inside southern Sudan. However, she was confident the rough estimations provide a “convincing picture” of the turnout in other centers.

Itto made a disclaimer that her statement's goal is to praise Southerners and encourage the rest to cast their vote, not to pass a judgment on the referendum. She added that SPLM aims to achieve 100 percent voter turnout and feels responsible to keep monitoring the polling process.

The referendum is expected to lead to the secession of south from the north and to the creation of the newest country in the world.

According to the Comprehensive Peace Agreement (CPA), signed in 2005 putting an end to a 22-year civil war between the north and south, the referendum will be valid only if more than 60 percent of registered voters cast their ballot and 50 percent plus one makes a choice for either unity or secession.