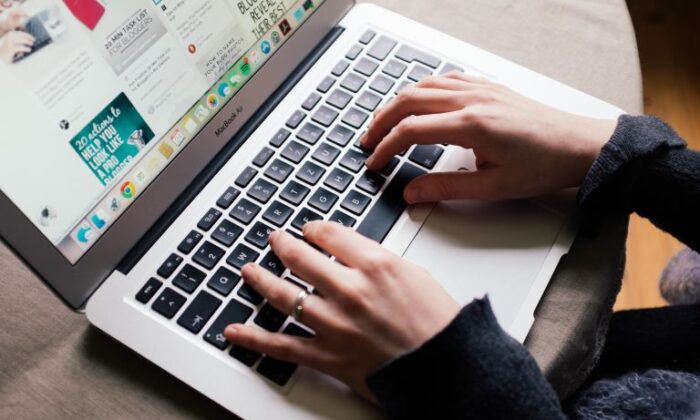 A person surfing the web with a laptop, in a file photo. (Barn Images/Flickr)
Companies

Substack CEO Chris Best apologized for laying off 13 employees on June 29 after previously stating the company would “not do layoffs,” calling it the “saddest day we’ve had” at the company.

Best took to Twitter to issue a lengthy apology to workers, citing “market conditions” as the reason behind the layoffs, which he said are one of the “toughest of several changes” the company has made in recent weeks to put it in a “strong financial position.”

San Francisco-based Substack was launched in 2017 and allows writers and creators to charge readers a monthly fee for newsletters. The company announced in November 2021 that it had more than 1 million paying newsletter subscribers.

“The people we are parting ways with are all smart, talented, and dedicated to their work and Substack’s mission. It has been a privilege to work alongside them and we’ll miss them,” Best wrote in his message to employees.

The CEO went on to note that Substack is aiming to become “robust” even in “the toughest market conditions” and bosses are hoping to “set the company up for long-term success without relying on raising money—or, at least, doing so only on our time and our terms.”

“In recent weeks, the macroeconomic outlook has become increasingly uncertain, making it clear that we should be prepared for a period of challenging conditions that could last years. By refocusing our team and financial planning, we can fund our investments from our growing business while remaining a reliable partner for the writers who are building their own businesses on our platform,” Best wrote in the employee memo.

Substack ‘Remains in a Strong Position’

Substack has raised at least $86 million over three rounds of funding, according to PitchBook, which tracks funding, and earned $9 million in revenue in 2021, according to The New York Times.

The latest round of layoffs accounts for roughly 14 percent of Substack’s workforce, Axios reported.

Despite letting 13 employees go, Best said the company “remains in a strong position” and continues to expand.

“We have a business model that works, and we have money in the bank. But the way we play to win in 2022 and beyond is different from the way we were playing in 2021,” the CEO wrote.

The layoffs from Substack come as a string of major companies have in recent weeks decreased their workforces or cut down on hiring, including Twitter Inc., Meta Platforms Inc., Netflix Inc., Tesla Inc., and Uber Technologies Inc., as fears grow over the fate of the economy.

Inflation levels at a 40-year-high across the United States and increased interest rates have left many companies tightening their belts amid soaring costs, while some experts believe a recession is on the horizon in the not-so-distant future.

A JPMorgan survey of 1,500 midsize business leaders across the United States found that just one in five, or 19 percent, were optimistic about the national economy for the year ahead, down from 75 percent one year ago.

The majority of business leaders cited rising costs, inflation, and difficulties in hiring and retaining employees amid labor shortages as the top challenges facing their companies.