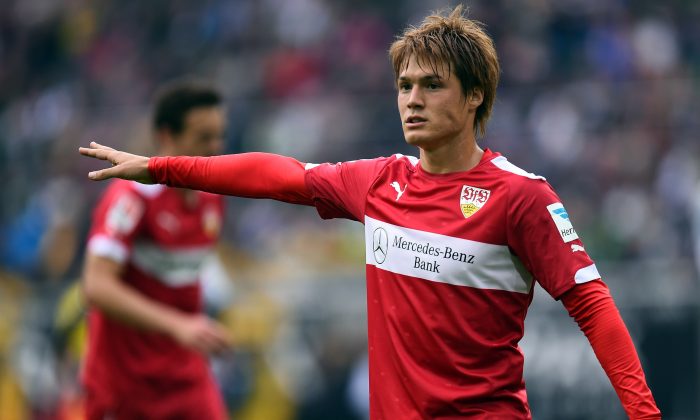 Gotoku Sakai of Stuttgart gestures during the Bundesliga match between Borussia Moenchengladbach and VfB Stuttgart at Borussia Park Stadium on August 24, 2014 in Moenchengladbach, Germany. (Photo by Lars Baron/Bongarts/Getty Images)
Europe

Stuggart and Koln are set to play in a Bundesliga match on Saturday, August 30.

The game will be broadcast on Sport1.FM and Sky Bundesliga 3/HD in Germany.

Stuttgart are 20/19 to win the match, as compared to 3/1 for Koln, according to OddsChecker.

See an AP preview of the weekend’s Bundesliga action.

FRANKFURT, Germany—Despite predicting that his injury-hit team would struggle in the first half of the season, Pep Guardiola’s Bayern Munich got off to a winning start in its bid to win a third consecutive Bundesliga title.