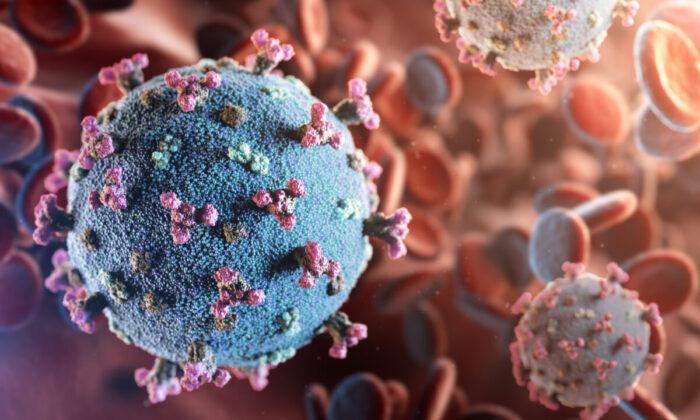 Australian researchers are warning the country could face unexpected surges in previously minor seasonal viruses after a new study revealed that COVID-19 safety measures such as lockdowns have caused Australia’s seasonal virus landscape to change, with strains of some viruses dying out and new ones emerging.

Researchers from the University of Sydney completing the first studies into the COVID-19 pandemic’s impact on Australia’s other seasonal viruses have revealed that a common winter virus, Respiratory Syncytial Virus (RSV), has changed significantly.

Publishing their results in the scientific journal, Nature Communications, the researchers noted that the transmission rate and genetics of the Respiratory Syncytial Virus also known as RSV which was one of the first pathogens to remerge as COVID-19 restrictions eased, generating significant outbreaks across Australia that were dominated by the new strains of the virus.

They found that RSV, which typically causes mild cold-like symptoms—but can be very serious in young children and the elderly—was largely altered by the pandemic’s infection control measures and travel restrictions. In fact, the measures rendered the winter RSV epidemic nonexistent in 2020, which was the first time in recorded history this disruption of the virus’s seasonal pattern had occurred. The absence also led to certain strains of RSV becoming extinct and new strains of the winter virus emerging.

“Our genetic studies showed that most of the previous RSV strains had gone ‘extinct’ and that for each outbreak only a single genetic lineage had survived all the lockdowns,” said lead researcher Dr John-Sebastian Eden a Senior Research Fellow from the Sydney University’s Institute for Infectious Diseases in a Sydney University, said.

“We need to re-evaluate our current understanding and expectations of common viruses, including influenza, and change our approach to how we manage them,” Eden said.

To investigate the impact of COVID-19, the Sydney University researchers genetically sequenced (mapped genetic fingerprints) the RSV strains responsible for the 2020-2021 outbreaks across the states of New South Wales (NSW), the Australian Capital Territory (ACT), Victoria and Western Australia which experienced high rates of hospitalisations from the disease and all corresponded with an easing of COVID-19 restrictions.

The study revealed that one of the two major strains of RSV, RSV-B, had disappeared, leaving RSV-A the dominant strain. RSV-A was responsible for more than 95 percent of RSV cases in the 2020-2021 outbreak.

To make the impact that COVID-19 had on the virus clear, prior to the pandemic both subtypes RSV-A and RSV-B were spread in Australia at a similar extent.

The researchers also found that the genetic diversity of RSV strains had become extremely low. Viruses, as they evolve, gather enough small and unique genetic changes to qualify them for distinction and to allow them to be traced back to their parent. The genetic diversity of a virus is caused by the co-existence of strains with these individual changes in the environment.

The findings of the study come after Australia, New Zealand and America all registered large spikes in cases of RSV in 2021 that affected hundreds of children.

In January 2021 the Australian health authorities in Queensland announced that around Cairns and Hinterland region there had been 182 presentations to the emergency room, compared to just 33 in 2020 and 27 for the whole of 2019.

In New Zealand last year an outbreak of respiratory syncytial virus (RSV) in Auckland’s Starship Children’s Hospital caused the postponement of planned surgeries to ensure there were enough hands to care for all the sick children.

At the time NZ paediatrician Philip Moore told Stuff.co.nz that he had not seen this level of sick children requiring hospital care in his 28 years in Hawke’s Bay Hospital.

Meanwhile, the rapid circulation of RSV and its evolution brings up the question of how other winter viruses such as influenza will resurface in Australia.

“The constellation of flu strains circulating pre and post-COVID-19 has also changed a lot, leading to challenges in how we choose the composition and timing of our annual vaccines,” said  Eden. “For example, the flu season in Australia has kicked off much earlier than in previous years.”

At the moment, there is no vaccine for RSV, however, there is a large focus on the development of treatments, and a vaccine to protect against the virus.

“We need to be vigilant–some viruses may have all but disappeared, but will likely rebound in the near future, possibly at unusual times and with stronger impact,” Eden added.