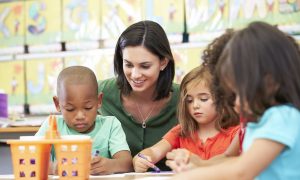 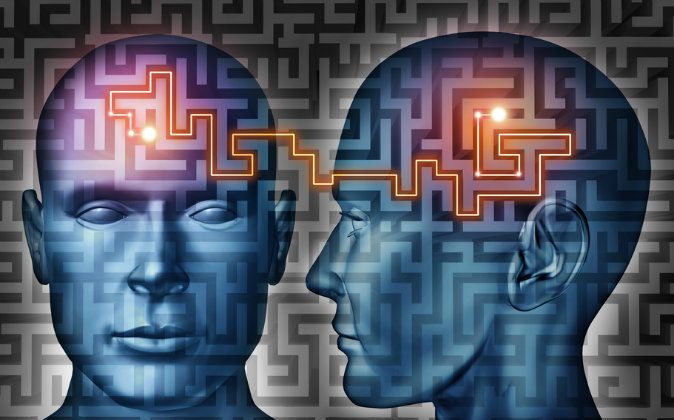 Study Explores Effects of Remotely Influencing Someone With Your Mind

While Dr. Barušs, a psychology professor at King’s University College affiliated with the University of Western Ontario, does not comprehensively or definitively answer this question, his recent study begins to bring the issue into focus. He is the lead author of a paper titled “Alterations of Consciousness at a Self-Development Seminar: A Matrix Energetics Seminar Survey,” published in the November 2014 issue of the Journal of Consciousness Exploration Research.

In this paper, he reported on a couple of experiments related to the power of consciousness.

In two experiments, Barušs directed his thoughts at people from afar to see if those people could feel anything. These experiments were detailed in chapter three of his book, “The Impossible Happens,” and were reviewed in the current paper. He focused on the effect these thoughts had on subjects’ energy levels, whether they felt more energized or more fatigued than usual.

He tested a total of 37 participants, arranging times with them via email in which he would conduct these sessions. The participants would ensure they were not driving at these times, and they would also monitor how they felt at these times. Barušs flipped a coin at the beginning of each session to determine randomly whether he would perform remote influencing or do nothing.

He also monitored his own level of concentration and “the depth of his altered state of consciousness.” It seems when the depth of his altered state was greater, the participants were more likely to feel fatigued. He found it probable that the remote influencing did have an effect on the participants (his result was p < .05, which means it is less than 5 percent likely that their change in energy level was due to chance rather than his influence; in other words, it is more than 95 percent likely he had an influence on their energy state).

The results should be taken as an interesting starting point, but Barušs cautioned that the results may change if more points of comparison are made.

Matrix Energetics is a practice in which one person allegedly affects another with intention. Barušs summarized some of the effects as detailed by another researcher, Jos Marlowe at the Institute of Transpersonal Psychology: “Participants sometimes experience various somatic sensations, including falling down, and that reality has become more plastic so that improbable events are more likely to occur, such as the spontaneous remission of disease.”

“All of these events should be more carefully examined, and we try to make a beginning at doing so in this study,” he wrote. His experiments were conducted at a Matrix Energetics conference in Philadelphia, Penn., in 2012. These were the main focus of his paper. A variety of participants were involved, from healthcare professionals to engineers to gas station attendants. For the majority, it was their first time participating in Matrix Energetics.

Barušs and his fellow researchers had the participants fill out surveys before the seminar, soon after the experience, and then two months later, to see the short-term and long-term changes they reported in physical and mental health. He used some standard psychology tests to assess their mental and emotional states. He also used the RAND 36-Item Health Survey, a standard measure of physical and emotional health used in medical research.

According to the follow-up survey results, the overall health of the participants improved in the long-term. Again, however, Barušs suggested caution in interpreting the results. He said that some people whose health didn’t improve may not have participated in the follow-up survey, as not all participants in the study responded to the follow-up. It is also possible that the people whose health improved could have taken other measures in the meantime to improve their health and the improvement may not directly be a result of the Matrix Energetics.

“The alterations of consciousness experienced in the context of Matrix Energetics should be further investigated,” he wrote. He also noted: “For the purposes of this study, no effort is made to distinguish ME [Matrix Energetics] from non-specific factors such as social interactions with like-minded individuals, suggestion, listening to a charismatic speaker, and so on. Teasing those out would require separate studies.”

When one person seemingly influences another in such a way, it begs the question, what may be happening at a subconscious level? Is it similar to hypnosis?

Behaviors during Matrix Energetics seminars are comparable to those during hypnosis, Barušs said. He said the behavior of those undergoing healing in Pentecostal services may also be included in this comparison. “The mechanism is not known for any of these.”

Barušs said that attributing these phenomena to “hypnosis is not an explanation but a re-labeling.”

People who are highly susceptible to hypnosis fall into a few categories: “the positively set, the fantasy prone, and the amnesia prone.”

In the case of Matrix Energetics or the remote influencing, a person might actively decide to be influenced, in which case he or she could belong to the “positively set” category.

Barušs said that attributing these phenomena to “hypnosis is not an explanation but a re-labeling,” and further investigation should be done to discover the explanation.

This was part of the discussion the researchers had before the study. They did not find evidence throughout the study that hypnosis was what was happening at the seminar, but the study was not specifically designed to determine this. It is true, Barušs said, that what happens at Matrix Energetics seminars can look like hypnosis, but further study would be required to determine the relationship or overlap between Matrix Energetics and hypnosis.

*Illustration of connected minds via Shutterstock