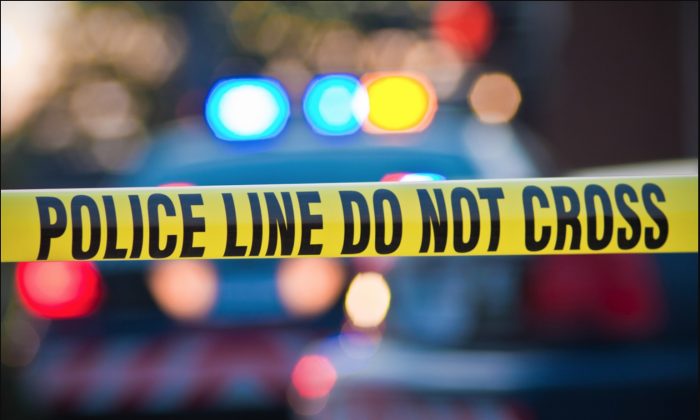 A student stabbed and injured a teacher in Georgia. (Carl Ballou/Shutterstock)
US News

A 13-year-old boy stabbed his teacher with a butcher knife at a middle school in Georgia on Oct. 22, the principal confirmed in media reports.

The alleged incident began when the “student reportedly called the teacher over and then struck her in the chest area,” the school’s principal, Ryan Queen, told parents, ABC News reported.

Police say a student called a teacher over between classes and stabbed him. https://t.co/QLbVofXgwS

The knife, which was 8 inches long, was located in the teen’s backpack, according to reports.

“I need to share with you a serious incident that occurred at school this afternoon. A student has been taken into custody after stabbing one of our teachers during a class. This occurred in an 8th-grade language arts classroom. The student was immediately apprehended and all other students are safe. The teacher has been transported to an area hospital, but was conscious and talking to first responders,” said officials in a statement to WSB-TV.

They added: “Again, all students and teachers are safe. We anticipate dismissing as usual. I will communicate more as additional information becomes available.”

On Tuesday, Oct. 23, students and teachers returned to Trickum Middle School, the Atlanta Journal-Constitution reported. Administrators tried to make it “as normal a school day as possible,” but there was an increased police presence, officials told AJC.

“We have never had a situation like this at our school and I know we are all concerned about this,” Queen said in a letter to parents. “The fact that one of our Trickum Middle family was hurt at the hands of a student is very upsetting.”

He added: “I ask that you keep our teacher who was injured in your thoughts and prayers. In addition, we know this has touched our entire community—from our teachers who comforted our injured teacher and our other teachers who are concerned about their friend and co-worker to our students who may be anxious about this situation and parents who have understandable concerns.”

A spokesperson for the district told AJC that the student, who was not named, will face charges of aggravated assault, possession of a weapon on school grounds, and possession of a knife during the commission of a felony. The school will also

The student was transported to Gwinnett County’s Youth Detention Center, according to the AJC report. It’s not clear if he will be charged as an adult.

The teacher was conscious and was speaking to first responders while she was being taken to the hospital, Queen said.

The school was placed on lockdown over the incident, but it was lifted at around 3:30 p.m. ET.