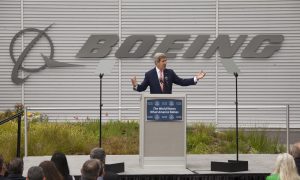 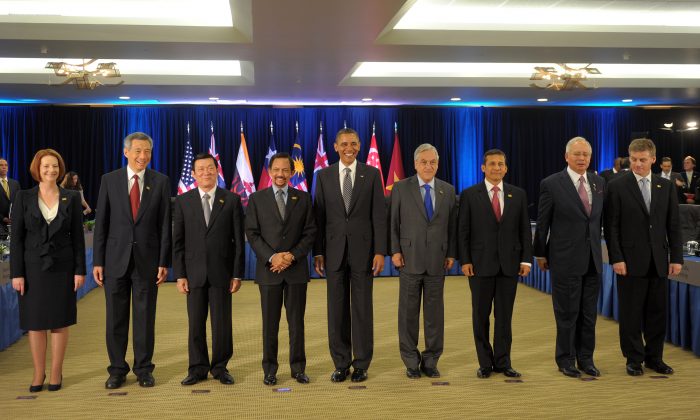 Struggling With the TPP End Game

Everyone is in favor of trade—so long as it obviously benefits them. In the era of mercantilism economics, based on piling up gold and silver in national treasuries, “trade” was simply the process of colonial soldiers and sailors searching for precious minerals and spices and extracting them from natives by force and violence.

Or trade was obviously exploitative. In colonial America, whiskey/rum produced from sugar in the West Indies was traded for slaves from Africa.

Or in their search for a trade product with China to pay for tea which England had de facto made its national drink, the English battened upon opium, which was easily available in India. Opium was much cheaper than paying in species silver and created an open-ended market of addicts in China. When the Chinese demurred that opium was damaging their people, the British forced its continued acceptance through two “Opium Wars,” forever damaging their relations with China.

Specific trade arrangements may well benefit some groups while disadvantaging others.

Modern trade is much more polite. The emphasis being that trade should benefit both/all trading partners, if not immediately equally, equally in the long run. Unfortunately, the old saw that “In the long run, we are all dead,” suggests getting equal payback for trade may be an extended process.

Or more likely, specific trade arrangements may well benefit some groups while disadvantaging others. It is little comfort to the 50-year-old textile worker who lost his job to know everyone in the country can get their shirts a dollar cheaper. Somehow the funds to retrain and/or compensate such workers never matches either their financial or their socioeconomic desires.

Trans-Pacific Partnership: Boost or Not for Participant Economies?

Hence, the intense bitterness over the implementation of the Free Trade Agreement (FTA) between the United States and Canada followed by the 1994 North American Free Trade Agreement (NAFTA) including Mexico. “Sky is falling” rhetoric (primarily from Canada’s left but echoed by U.S. unions) has proved risible over the succeeding 20 years.

And now to the Trans-Pacific Partnership (TPP)—a proposed trade agreement between assorted Pacific Rim countries seeking to lower trade barriers such as tariffs—establish a common framework for intellectual property, enforce standards for labor and environmental law, and establish investor-state dispute settlement mechanisms. Officially, the goal of the agreement is to “enhance trade and investment among the TPP partner countries, to promote innovation, economic growth and development, and to support the creation and retention of jobs.”

The failure of July’s round in Hawaii probably puts paid to hopes for near term agreement.

A Brookings expert noted Pacific countries generated 60 percent of global GDP, 50 percent of international trade, and is the world’s fastest growing region. Brookings estimated in 2012 that TPP would generate $5 billion in economic benefits for the United States in 2015 and $14 billion in 2025. Separately, according to the New York Times, “the clearest winners from TPP would be U.S. agriculture, along with technology and pharmaceutical companies, insurers, and many large manufacturers,” who could expand exports to other treaty signatories.

But there have been many slips twixt cup and lip.

Starting with a core four of Brunei, Chile, New Zealand, and Singapore in 2006, there was a steady addition of interested countries until there were a dozen, including by 2013, the United States, Canada, Mexico, and Japan. Prominently absent are South Korea, China, and India.

A professed objective for agreement by the Asia-Pacific Economic Cooperation in December 2013 slid past almost unnoticed. To date there have been 19 formal “rounds” and over 20 lesser level meetings, most recently July in Hawaii.

As of 2012, U.S. negotiators were pursuing an investor-state dispute settlement mechanism, also known as corporate tribunals, which can be used to “attack domestic public interest laws.” This mechanism, a common provision in international trade and investment agreements, grants an investor the right to initiate dispute settlement proceedings against a foreign government in their own right under international law. It remains, however, highly controversial as intruding on national sovereignty.

The failure of July’s Hawaii round probably puts paid to hopes for near term agreement. This will be a relief to the government of Canadian Prime Minister Harper, who faces an election on Oct. 19. But the delay will be to the great irritation of the U.S. government.

President Obama wanted the TPP agreement to distract from the relentless clamor against the controversial Iran nuclear agreement. As was the case for NAFTA, any TPP depends on Republican senators for passage—the same senators poised to kill the Iran agreement. It is ironic that a key element of Obama’s domestic and foreign policy legacy depends on essentially hostile Republicans.

Perhaps Obama, even at a late date, will learn to play nice.