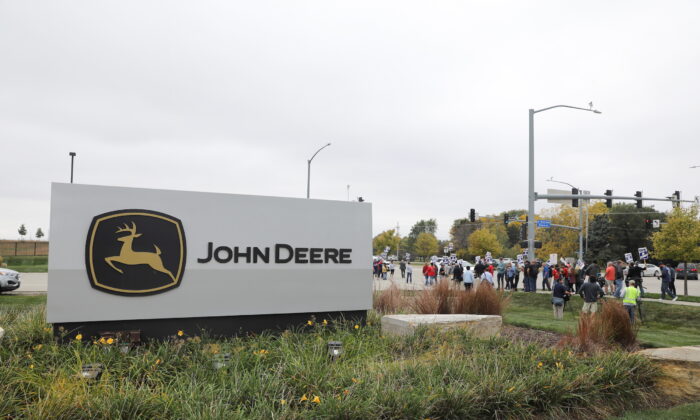 About 10,000 striking workers at Deere & Co. will vote again on Wednesday to approve or reject a modified contract proposed by the company, as the longest strike in more than three decades forces the world’s largest farm equipment maker to consider other options.

Deere has not publicly commented on changes to its second contract offer, which was rejected earlier this month, but the United Auto Workers (UAW) union, which represents the striking workers, said on Friday the company had made a “last, best, and final offer” that included “modest modifications,” without elaborating.

Workers at facilities in Illinois, Iowa, and Kansas have been on strike since the middle of October after having turned down Deere’s attempts to tie them down to a new deal, prompting the company to say “all options are on the table.”

The workers are demanding better pay from Deere, which has forecast a record net income of $5.7 billion to $5.9 billion this year, to claw back concessions they made on some benefits in the past.

The striking workers are getting a good amount of community support, which further reinforces their push, UBS analyst Steven Fisher, citing a professor of labor relations, wrote in a research note.

Deere has so far refused to comment on the impact of the strike on production, but Bernstein analyst Chad Dillard estimates the company will forecast fiscal 2022 net income below Wall Street expectations, in part due to the strike impact, when it reports results next Wednesday.

The strike at the Illinois-based company comes at a time when farmers are struggling to find parts for tractors and combines during the U.S. corn and soybean harvest season.

Deere shares fell 2.5 percent in afternoon trade. They have risen about 10 percent since the strike began in October.