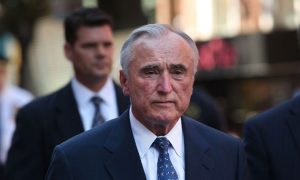 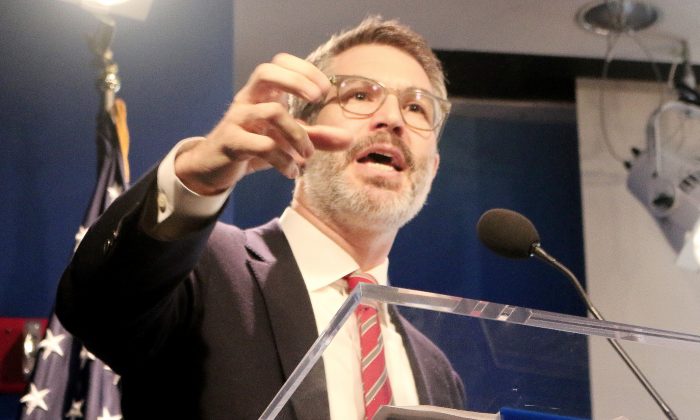 Harvard researchers identified 30 strategies that attempt to stem violence in the community, and two were particularly effective
By Gary Feuerberg
Print

WASHINGTON—Mexico and the Central American countries of El Salvador, Guatemala, and Honduras—the so-called “Northern Triangle”—are facing immense violence with seemingly no way to get it under control. Understandably, people in the region want answers on how to stem the violence.

Let there be no doubt about the magnitude of the problem of escalating violence in the region. In 2015, Mexico’s homicide rate increased 11 percent, and with an average homicide rate of 63 per 100,000, the above Central American countries have become the world’s most violent, according to Eric Olson.

Olson is associate director of the Latin American Program at the Windrow Wilson Center, where he was, on Feb. 22, the moderator for a discussion on “What Works in Reducing Community Violence.” Olson said that last year El Salvador’s murder rate “skyrocketed” to 103 per 100,000, replacing its neighbor Honduras for the ignoble title of murder capital of the world. Its other neighbor Costa Rica had a rate of 8 per 100,000, said Beth Hogan, who represented U.S. Agency for International Development (USAID) at the discussion.

Putting the El Salvador rate in perspective, this homicide rate [of 103 per 100,000] is 20 times the homicide rate in the U.S.
— Beth Hogan, acting assistant administrator, Latin America and the Caribbean Bureau, USAID

It is widely believed that the violence in Central America is fueling the massive immigration to the United States.

As the violence has escalated, unfortunately, the governments’ response of heavy handed suppression has been ineffective, “leading to the “wrongful arrest of thousands of youth, overwhelmed prisons and justice systems, and empowered gangs,” according to USAID. However, there are occurrences in the region where violent crime was reduced without increasing incarceration. The knowledge on how this can be made to happen is a task for researchers.

Hogan, who is acting assistant administrator for Latin America and the Caribbean Bureau in USAID, said that they wanted to learn what strategies work best and which don’t work and why. So USAID commissioned researchers at Harvard Kennedy School to evaluate the best evidence on violence reduction and provide recommendations applicable to the Northern Triangle.

The researchers, led by Senior Research Fellow at Harvard Kennedy School of Government Thomas Abt, performed a systematic meta-review, covering more than 1,400 studies and 30 crime and violence control strategies, to identify the effective strategies to reduce community violence. A meta-review that “identifies, reviews, and combines results from multiple studies” is much better than a “traditional literature review,” Abt said.

In addition, the Harvard team supplemented the meta-review with a field study in El Salvador, Guatemala, Honduras, and the United States.

The report focuses on community violence. Other forms of violence—domestic family violence, gang violence, and organized violence—were outside the scope of the report. Abt said that community violence generally involves “perpetrators who are young men from disadvantaged backgrounds and communities,” involved in violence “in ordinary disputes and conventional forms of street crime.”

One of the most important findings in the past two decades is that violence is “concentrated among a small number of places, people, and behaviors,” Abt said.

“In Boston, 70 percent of total shootings over a three decade period were concentrated in an area covering approximately 5 percent of the city,” states the report.

It makes sense then that interventions that target these clusters is more likely to be effective than those that do not. Abt said that studies show that focusing on high risk places, people, and behaviors have the strongest effects, as measured by “gang reduction, youth firearm violence reduction, youth violence prevention, and adult and juvenile recidivism reduction.”

“Violence is also not evenly distributed when it comes to people or even gang members. Research shows that for a violent gang of 25 to 30 youth, only 3 to 5 of those youth will be ‘shooters’—people who are most likely to become involved in the most serious violence when that gang has a conflict,” Abt said.

In most major cities, 0.5 percent of the population is responsible for 75 percent of the homicides.
— Thomas Abt and Christopher Winship, authors, 'What Works in Reducing Community Violence'

Violence is also strongly associated with “risky behaviors,” such as carrying weapons, belonging to a violent gang, or being intoxicated, Abt said.

To conclude: the way to prevent violence is “to address these key places, people, and behaviors before they can do real harm,” Abt said. “The National Academy of Science here in the United States has been clear that the more targeted and more specific police enforcement can be, the better,” Abt said.

A more diffuse and less targeted approach would be “broken windows” policing, which addresses physical and social disorder in neighborhoods in order to prevent crime and violence. Prominently used in New York City, the theory is that signs of social disorder of even the most trivial (e.g., a broken window) will indirectly lead to serious crime and so needs to be nipped in the bud. Abt said that this approach in practice yields only “modest crime control benefits.”

“Community policing, despite massive amount of investment, generally fails to reduce crime or violence,” he said. School-based strategies have mixed results. The reason, opined Abt, is that “the most potential violent youth and adults are not in school; they are on the street.”

While the report did not discuss the kingpin strategy, Olson touched on it as a failed strategy. The kingpin strategy is a methodology developed in 1992 by Robert Bonner, head of the Drug Enforcement Administration (DEA) to target the top coordinators of major drug trafficking organizations. During Washington’s war on drugs in the 1990s, its aim was the elimination either by death or capture of the “kingpins” dominating the drug cartels. Some evidence cited in the Huffington Post seems to show that this strategy actually made matters worse, and increased drug trafficking.

“Prevention programs, like gun buy-backs, do little to reduce gun violence,” he said.

It’s important to note that “even the most effective strategies cannot reverse the highest rates of community violence alone,” said Abt.

“Focused deterrence has the largest direct impact on crime and violence, by far, of any intervention in this report,” states the report.

Focused deterrence involves the identification of small groups of offenders. In other words, the focus is on only those persons or groups who are at risk. (Generalized gang prevention programs are usually not effective.) A diverse group of law enforcement, social services, and community stakeholders are turned loose, so to speak, at these specific individuals or groups, using both sanctions and rewards. It’s primarily a police effort to provide direct, repeated communication with the individuals and groups in order to stop their violent behavior.

Homicides Up 70% in El Salvador, Among Deadliest Nations

One study using this method, cited in the report, resulted in homicide reductions ranging from 34 percent to 63 percent.

Cognitive behavioral therapy (CBT) uses clinical psychological techniques to alter the thinking and behavior of criminal and juvenile offenders. It changes “the way criminal offenders, including juveniles, think about violence and manage their behavior,” states the USAID report summary.

CBT has been associated with a decline in recidivism with as much as 52 percent, though 25 percent is more typical.

The University of Chicago Crime Lab researchers found a 44 percent drop in violent crime arrests for the BAM program’s participants, during 2009–2010 school year.

An example of CBT is the Becoming A Man (BAM) violence prevention program for boys in grades 7-12 in the Chicago Public Schools, who have histories of involvement in violent episodes. A. J. Watson, who directs the program, described the program and explained that their ultimate objective is to give the boys a vision of a healthy-minded man, that includes “integrity,” ‘accountability,” “self-determination,” “positive anger expression,” “respect for womanhood,” and “visionary goal setting.”

BAM has been a great success. The University of Chicago Crime Lab researchers found a 44 percent drop in violent crime arrests for the program’s participants, during the 2009-2010 school year. Arrests for crimes such as vandalism, trespassing, and weapons possession, were reduced by 36 percent. Graduation rates of the participants were expected to increase 10 to 23 percent.

Abt said that transferring the BAM program to the Northern Triangle couldn’t be done without a major effort to adapt it to the particular conditions in each of the countries.

In addition to the meta-review, the researchers conducted a field study in El Salvador, Guatemala, Honduras, and the United States to confirm their conclusions from the meta-review.

“One of the first things that many people said was that if you want to be effective, you have to go where the violence is,” Abt said.

However, Abt said that the Northern Triangle countries are hampered in reducing violence because of the inability of each of the countries to administer justice, in other words, the criminals have impunity. “Homicides are prosecuted about 5 percent of the time—10 percent at most,” Abt said.

Furthermore, he said that pervasive mistrust, fear, and suspicion poison the political system, which in turn makes it hard for the various government agencies and law enforcement to coordinate.