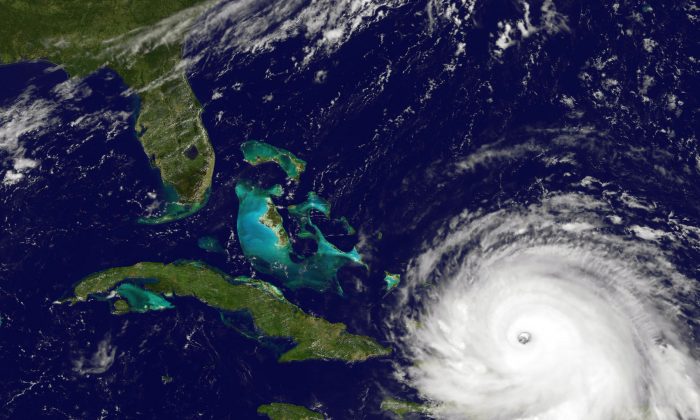 NOAA's GOES satellite shows Hurricane Irma as it moves towards the Florida Coast in the Caribbean Sea taken at 16:15 UTC on Sept. 07, 2017. (NOAA GOES Project via Getty Images)
Asia & Pacific

Floods triggered by heavy rains hit northern Vietnam after tropical storm Son Tinh made landfall in northern coastal areas on Thursday, while the capital Hanoi was flooded and lashed by torrential rains.

More than 5,000 houses were damaged, swept away, submerged or collapsed, around 82,000 hectares (200,000 acres) of crops were damaged and nearly 17,000 animals were killed nationwide, the Vietnam National Committee for Search and Rescue said in a report.

Heavy rains are expected to continue over the next few days, Vietnam’s Steering Committee for Disaster Prevention said in a separate statement on Saturday.