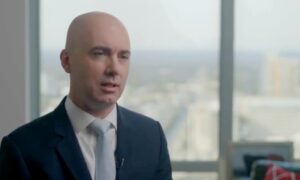 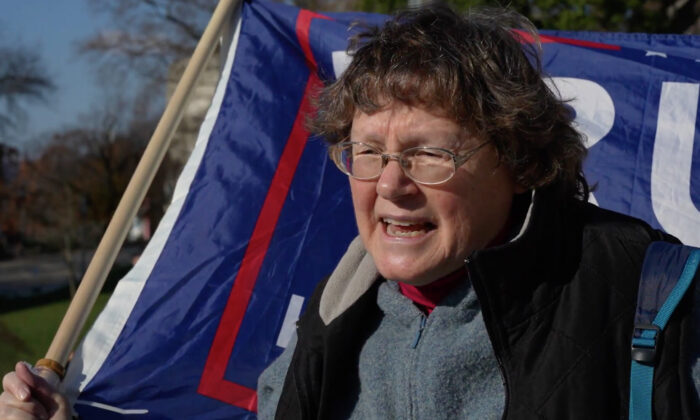 HARRISBURG, Pa.—Patty Fallon, a former systems analyst and business owner, says Democrats and globalist collaborators have worked together to steal the election and “on the surface right now it looks successful, but we need to fight to take it back, state by state, and finally the Supreme Court. We need to fight to take our country back.”

Fallon attended a Stop the Steal rally in Harrisburg, Pennsylvania on Nov. 28, 2020.  Thousands have been protesting against election fraud every Saturday since Election Day, across the country in all 50 states.

“I think that evidence was outstanding, it told the truth, it showed the American people who watched it there is absolute truth and facts behind these claims of fraud, that it’s not just claims, it’s evidence of fraud,” Fallon said. “There are patriots willing to stand up in front of the state Senate and in front of courts with affidavits and swear to this evidence and that’s just the tip of the iceberg. There is more evidence that needs to come out, and good judges need to hear it so they can overturn this election and put the presidency back with Donald J. Trump.”

Fallon said there was a spiritual side to the corruption we are seeing in the country as well.

“I think we need some divine help,” she said. “That’s why we’re out here, we’re praying here at the capitol, we need help. It’s almost like they put a massive plan of attack on the American people. We need all the people to stand up, and pray, and believe, and fight to get this country back.”