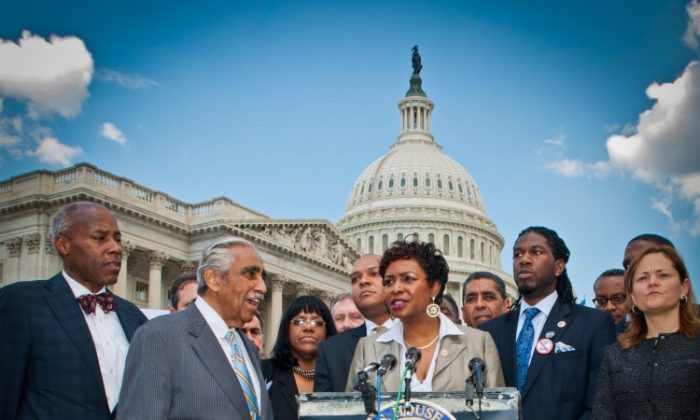 NEW YORK—In the latest step for advocates of reforming the NYPD’s stop-and-frisk practices in the city, elected officials and community groups traveled to Washington, D.C. to meet with federal law officials and others.

New York elected officials met with the Department of Justice (DOJ) on Thursday to discuss how the way stop-and-frisk is currently used is a “violation of the law and 14th amendment rights of individuals,” said Assemblyman Karim Camara. The officials asked the department to investigate stop-and-frisk and join one of the lawsuits that have been filed against the NYPD, alleging the search methods are unconstitutional and involve racial profiling.

The department didn’t make any commitment, Camara said, though it “was a fruitful meeting.” In an emailed response, the DOJ declined to comment.

Councilman Jumaane Williams, who also traveled to D.C., said officials from the DOJ told them it was “very rare that so many levels of government have come to see them.”

Williams has proposed legislation that would create an independent entity to oversee the NYPD.

State and city officials, and representatives from organizations such as the New York Civil Liberties Union (NYCLU) and Communities United for Police Reform, also met officials and groups from other states to discuss the issue.

The city’s “law enforcement policy has an impact nationally,” said Camara. “Police departments throughout the country study and copy the practices of New York City, which is why we are focusing on New York City.”

The outcry against stop-and-frisk played a role in Gov. Andrew M. Cuomo recently proposing to decriminalize possession of “small amounts” of marijuana, or 25 grams or less. Previously, possessing any amount in public was a misdemeanor.

According to the governor, the NYPD’s stop-and-frisk search method had a significant role in the proposal, which garnered support from multiple city district attorneys, elected officials, and NYPD Commissioner Raymond Kelly.

The NYCLU on Wednesday released a phone application that lets users record stop-and-frisk incidents. The recording gets sent to the NYCLU, alerts users when people nearby them are being stopped by police, and allows users to report a police interaction they saw or experienced.