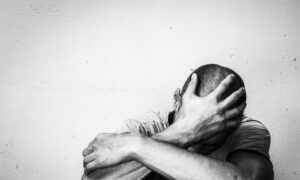 Mental Illness and Substance Use: The 2 Often Go Hand in Hand, So Why Is It so Difficult to Get Help?
0
Share Now
FacebookTweetParlerEmail
Copy Link 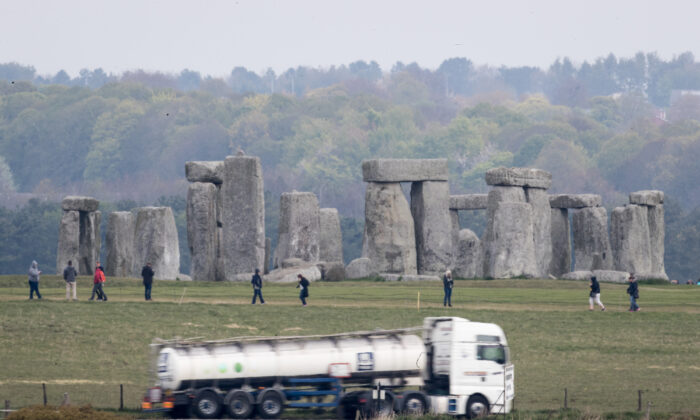 Traffic passes along the busy A303 that currently runs besides the ancient neolithic monument of Stonehenge near Amesbury on April 20, 2017 in Wiltshire, England. (Matt Cardy/Getty Images)
Europe

Stonehenge Tunnel Approved By Minister, Against Advice of Planning Officials

The controversial £1.7 billion tunnel that will ferry traffic under Stonehenge has been given final planning permission by the Transport secretary, against the advice of planning officials.

Plans for the two-mile tunnel have been grinding their way through the planning system—and much opposition from campaign groups—for six years.

The final consent by transport secretary Grant Shapps on Nov. 12 means that plans can now only be stopped in the courts, according to the Planning Inspectorate.

The inspectorate had recommended Shapps withhold consent, siding with the arguments made by campaigners and architects who warn that although it would shunt traffic away from the famous stones, construction would cause damage to the broader heritage site.

That recommendation was made by the inspectorate in January but only came to light today as the decision was announced.

Campaigning Group Stonehenge Alliance said it “deeply regrets” the decision, saying it will “send shock messages around the world.”

The decision was welcomed by English Heritage, which owns the site.

Stonehenge sits near the A303, the main trunk road that runs between London and the holiday locations on the south coast.

The busy two-lane road narrows to one lane as it ploughs through the World Heritage site, with trucks and cars crawling within 200 yards of the stones, seeding bumper-to-bumper traffic that blights local towns and villages.

For decades, the nearby town of Amesbury has suffered most from the congestion, but benefited little from the tourist trade which is drawn only to the site itself.

Plans to widen the road have been periodically proposed and rejected over the years.

Tunnel plans were initially approved by the government in January 2017, with funding agreed earlier this year.

English Heritage, which owns the site, welcomed the decision, saying it “finally makes good on a decades-long aspiration to do justice to the ancient stones and the prehistoric landscape in which they stand.”

Highways England said in a statement that the decision was “an important step in finally sorting out a road that doesn’t work for drivers, for people who live, work and holiday in Wiltshire and the south west.”

Stonehenge sits on a relatively unspoiled sweep of countryside rich in prehistoric barrows and burial sites. Archaeologists and campaigners have insisted all along that the tunnel plans would damage that heritage.

“It’s a designed landscape. It had meaning,” Kate Fielden, honorary secretary of The Stonehenge Alliance, previously told the Epoch Times.

“The whole site is of outstanding universal value. The landscape around the henge is integral to its having been built, its meaning, its purpose,” said Fielden, who is also a former archaeologist.

The alliance said in a statement that they would examine the Transport Secretary’s announcement and discuss further steps.

“We shall continue with our campaign and petition in the hope that there may still be time in which to change that decision.”

Stonehenge is the only stone circle in the world with horizontal stones on top, cementing its iconic image and status as perhaps the most famous prehistoric site in the world.

The tunnel will be the longest road tunnel in the country.