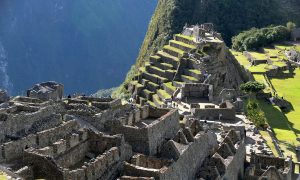 UNESCO World Heritage Sites Under Threat Around the World
0 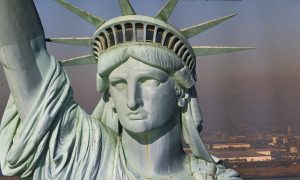 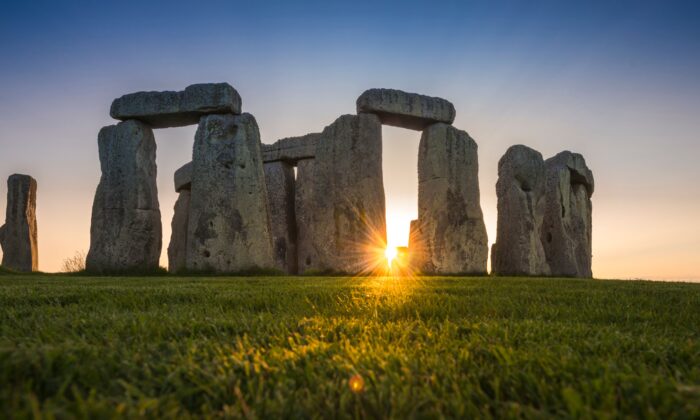 Stonehenge in Wiltshire, England, has puzzled the world for centuries, yet scientists think they have finally solved at least one of its ancient mysteries—the exact site of origin of many of the huge stones that comprise it.

And it’s all thanks to a core sample that had been kept in the United States for decades.

The results of the two-year investigation indicate that the giant stones, known as sarsens, came from a spot about 15 miles north from where they now stand on Salisbury Plain in the ancient stone circle.

The story of the new discovery began when a core sample of one of the sarsens—“stone 58”—was extracted during conservation work in the late 1950s when metal rods were inserted to stabilize a cracked megalith.

The core sample was given as a souvenir to Robert Phillips, who was involved in the work on the iconic monument.

Phillips took it with him when he emigrated to the United States in 1977, where it stayed until, in 2018, he returned it for research to English Heritage, the conservation organization that looks after the site.

The sandstone core sample provided crucial information, enabling researchers to study the chemical make-up of the stone and compare it to similar rocks from across Southern England.

The new geochemical findings, published in the journal Science Advances, indicate that 50 of Stonehenge’s 52 pale-gray megaliths come from a place called West Woods on the edge of Wiltshire’s Marlborough Downs.

According to Timothy Darvill, a professor of Archaeology at Bournemouth University, who was involved in the study, the science involved was quite straight forward, but it was establishing provenance for the stones that was difficult because the material they are made of is very common.

“What we’re doing is a simple case of finger-printing. We’re taking some stones at Stonehenge itself and we’re working out the geochemistry of them. For that, we measure all the little trace elements which are in the stone. Now, sarsens are really difficult stone to work with because it’s 99 percent silica and silica is a pretty ubiquitous mineral,” Darvill told Reuters.

Fifteen of Stonehenge’s huge sarsen stones, weighing on average 20 tonnes and standing up to 23 feet (7 meters) tall, form the monument’s central horseshoe configuration. The upright and cross-stones in its outer circle, and the famous Heel Stone, Slaughter Stone, and the Station Stones are also sarsens.

There are 52 of the estimated 80 original sarsens still in place at Stonehenge. Preseli Hills in Wales, some 150 miles away, are where the other smaller “bluestones” forming its inner circle are thought to have originated.

However, “the sarsens—more homogenous in composition—have been impossible to identify until now,” English Heritage said in a statement.

“Archaeologists and geologists have been debating where the sarsen stones used to build Stonehenge came from for more than four centuries,” study lead author David Nash, professor of physical geography at the University of Brighton, said in a statement.

“This significant new data will help explain more of how the monument was constructed and, perhaps, offer insights into the routes by which the 20 to 30 tonne stones were transported.”

But there are still some mysteries to solve.

“We still don’t know where two of the 52 remaining sarsens at the monument came from. These are upright Stone 26 at the northernmost point of the outer sarsen circle and lintel Stone 160 from the inner trilithon horseshoe. It is possible that these stones were once more local to Stonehenge, but at this stage we do not know,” Nash said.

Stonehenge is one of the UK’s most recognized landmarks, and has been thought by many to have religious and mystical origins.

Geoffrey of Monmouth, in his legend of King Arthur, for example, in a story that was until the Middle Ages thought to be a true account of English history, even described Stonehenge as being created by the wizard Merlin.

Though its exact purpose still remains unknown, Stonehenge, a UNESCO World Heritage Site, remains a fascinating and mysterious location that, in normal times, attracts up to 1 million visitors per year.