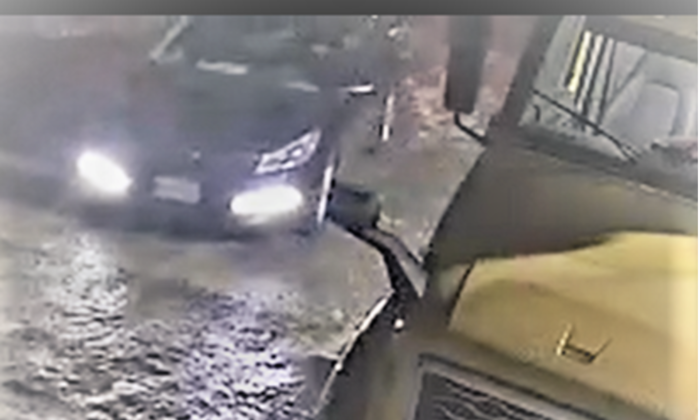 A photo released by Peterborough police shows a vehicle suspected to be involved in the theft of a trailer and firearms in Peterborough, Ont., on Feb. 13. (Peterborough Police Service)
Canada

A trailer carrying a “large quantity” of firearms has been found after it was reported stolen in Peterborough, Ont., over the weekend, police say.

In a news release on Feb. 16, Peterborough police said the trailer containing more than 2,000 firearms has been recovered in Peel Region, though the exact location was not stated.

“The trailer and its contents are being returned to Peterborough and Peterborough Police, along with the manufacturer, will be going through the items to determine if anything is still missing,” the police said.

Savage Arms, a firearms manufacturer based in Lakefield, Ont., had said that the theft involved one of its shipping partners. Lakefield is a small town 16 kilometres north of Peterborough.

“The incident involved Savage Arms products,” Al Kasper, the president and CEO of the company, told Global News on Feb. 14. “Strict security measures were in place and local authorities were notified immediately and are leading the active investigation.”

According to the police, the theft occurred around 3 a.m. on Feb. 13 from a yard at a trucking company on Parkhill Road East in Peterborough.

On Feb. 14 afternoon, the police confirmed that all the stolen firearms were of small calibre and that no ammunition for the firearms was in the trailer.

Police said they located the stolen truck in Brampton, Ont., on the night of Feb. 14. At the time, the trailer and firearms were not found with the truck.

In the latest news release, police said they are still searching for the individuals involved in the theft.

In a video update on Feb. 13, Detective Staff Sergeant Michael Jackson from the investigative service division of Peterborough Police Service said that the theft appeared to be an “isolated crime of opportunity rather than a targeted incident.”

Meanwhile, organizers of the Freedom Convoy in Ottawa have said they received information from credible sources that “nefarious elements” are planning to plant weapons at their demonstration in Ottawa in an effort to discredit the protest.

“Today on Feb. 14, we received information from multiple believed, reliable sources that firearms may be planted in Ottawa specifically around the Freedom Convey to discredit the protest and to use as a pretext to forcibly remove peaceful protestors,” said Daniel Bulford, a former RCMP officer who is assisting the protest organizers with security, in a video post on the convoy’s Facebook page.

“Due to the nature of this information, we felt it prudent to notify the public in the interest of their safety.”

Bulford said that the “private intelligence” correlates with the more than 2,000 firearms that were reported stolen in Peterborough on Feb. 13.

“Our sources have notified us that these weapons may be planted by nefarious elements and at this point, we have no further knowledge about who is behind this act of sabotage,” he said.

“As soon as we received this information, we notified the appropriate authorities with whom we are collaborating, including the Ottawa Police Service, the Ontario Provincial Police, the Royal Canadian Mounted Police, and the Parliamentary Protective Service.”