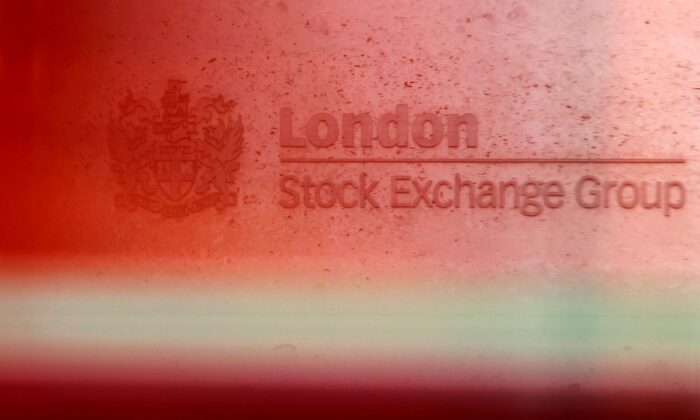 Oil prices initially fell back sharply but were back above $100 a barrel in early European trading.

The jump in stocks was modest, however, and markets remained down significantly from levels at the start of the week after investors were left stunned by Russian President Vladimir Putin’s decision to invade Ukraine.

On Friday, missiles pounded the Ukrainian capital as Russian forces pressed their advance.

Asian shares closed up higher. But on Wall Street—where stocks staged a massive rebound after President Joe Biden unveiled sanctions on Thursday—futures pointed to a lower open in the United States.

“Markets seem to be reducing tail risks. Additional sanctions announced against Russia matter to Russia, but the domestic Russian economy does not matter much to the global economy (and energy supplies are still flowing),” said Paul Donovan, chief economist at UBS Global Wealth Management.

Russian stocks soared 14 percent—but that followed one of the three biggest ever single-day stock market crashes in history.

Oil prices started climbing again on worries about supply disruptions, with Brent crude rising 1.1 percent to $100.2 a barrel, while U.S. West Texas Intermediate crude rose 0.46 percent to $93.29, although both benchmarks were off their highs.

Reflecting the relative calm in financial markets, yields on 10-year U.S. Treasuries was at 1.944 percent after an initial slide to 1.84 percent on Thursday, its biggest daily drop since late November.

After some dramatic moves in currency markets on Thursday, including more than 1 percent falls in most European currencies, foreign exchange prices were much calmer.

The U.S. dollar index, which measures the greenback against a basket of major currencies, was little changed at 97.185, having risen on Thursday to levels last seen during the first wave of the coronavirus pandemic.

With Russian troops pressing towards the Ukrainian capital and more casualties expected on both sides, many investors are bracing for a further ratcheting up of sanctions from the West.

“While U.S. sanctions have so far been limited, given the escalation in Russian actions, there will inevitably be a more strident Western response in the coming days. European sanctions, on the other hand, have been more forceful, with Germany stopping approval of the Nord Stream 2 pipeline,” said Seema Shah, chief global strategist, Principal Global Investors.

“Although difficult, during a rapidly developing geopolitical conflict, investors are best suited to stay level-headed, considering that fundamentals are ultimately the driver of long-term investment returns.”