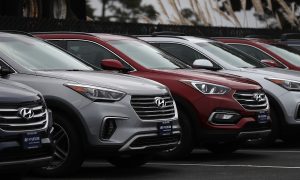 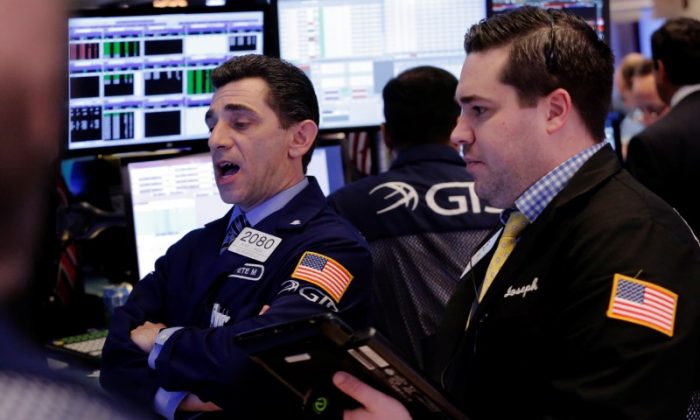 NEW YORK—Wall Street followed gains in stocks globally on Tuesday after U.S. consumer confidence soared to a more than 16-year high, while the U.S. dollar bounced from a four-month low to post its best day in nearly a month.

Yields on U.S. Treasury debt tracked stocks higher and crude oil rose after disruptions in Libya and as officials suggested an output reduction deal could be extended to the end of the year.

On Wall Street, cyclical sectors led the way higher after the strong consumer confidence data boosted investor views that the U.S. economy is on its way to stronger growth.

The data “underscore what has been going on really in this whole rally, and that is that confidence is pretty high and optimism is high and that has kind of been underpinning the resiliency of the equity markets,” said Jim Davis, regional investment manager at Bank Wealth Management in Springfield, Illinois.

Markets continued to keep an eye on developments in Washington after the failure to pass a healthcare bill—a major campaign promise of President Donald Trump—made investors nervous about the future of other legislation, including tax reform.

“After being down eight straight days, the Dow was due for a bounce,” said Ryan Detrick, senior market strategist at LPL Financial in Charlotte, North Carolina.

“With Washington as the straw that stirs the drink, the big question is, ‘Can this bounce last before the latest concerns over President Trump’s proposals take over?'”

Despite an expressed shift to tax reform, House of Representatives Republican leaders said on Tuesday they still intended to pass a White House-backed healthcare bill that collapsed last week.

The pan-European FTSEurofirst 300 index rose 0.60 percent, while MSCI’s gauge of stocks across the globe gained 0.72 percent.

The U.S. dollar was boosted partly by the strong U.S. data.

“Better consumer sentiment comes along with better consumption and spending, which is positive for the U.S. growth outlook,” said Sireen Harajli, currency strategist at Mizuho Corporate Bank in New York.

Oil prices rose as much as 2 percent after a severe disruption to Libyan oil supplies and as officials suggested the Organization of the Petroleum Exporting Countries and other producers could extend output cuts to the end of the year.