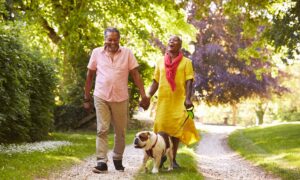 Stock markets are holding near the lows of the year, with some sectors starting to show value opportunities for longer term investors. Analyst reports are starting to highlight some of the inconsistencies with current price levels and asset value levels, and some of these areas include oil producers in Russia, Japanese car companies, and European Banks. Global uncertainty and slowdowns in manufacturing growth continue to weigh on sentiment and the total outcome has resulted in a removal of $3.6 trillion in global stock values in the current quarter alone.

One of the more striking features of these declines comes from the fact that nearly 590 companies in the MCSI indices are now trading below the value of their net assets. In the cheapest instances, shares can be seen trading at 0.7 time the company’s book value and this provides a sharp contrast from the nearly 10 times book value that can be seen in the most expensive instances.

Looking at this measurement in the last decade, stocks that trade near the lows (relative to book values) return more than 6 percent on a quarterly basis, which is much higher than the 4.3 percent return that is seen for the stocks trading at the upper end of the measurement.

Despite the positive news out of Greece in the previous week, markets remain concerned and this is being viewed by many as a strong buying opportunity for long term term strategies. Shorter term, however, any rallies remain limited despite the fact that Greece was able to elect a pro-bailout party that is focused on meeting the requirements that must be met before the country can receive continued loan funding. The Euro is attempting a small rally but gains have been limited as sentiment remains heavy and investors remain unconvinced that negative news headlines have ended.

The EUR/USD is showing a rally on the hourly time frames but the latest activity on the daily charts is showing a very ominous bearish engulfing candle and this has essentially eliminated the uptrend channel that was seen previously. Momentum in the MACD indicator is starting to improve but is still negative and the latest failure at the 38.2% Fibonacci retracement level indicates a retest of the lows at 1.2280. Resistance overhead is now seen at the 4H double top, which comes in at 1.2735.

The S&P 500 is looking very top heavy on the daily charts, with lower tops now seen in three cases, starting from what is now likely to be the yearly high (at 1420) from late March. The latest drop is coming at some clearly defined Fibonacci level, which is now seen at the 61.8% decline from 1410. We are currently dealing with moving average support on the daily charts, so we could see some stalling in this area but any rallies are expected to be sold. First resistance is now seen at 1350, which is an excellent sell zone for medium term trades.