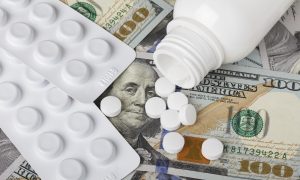 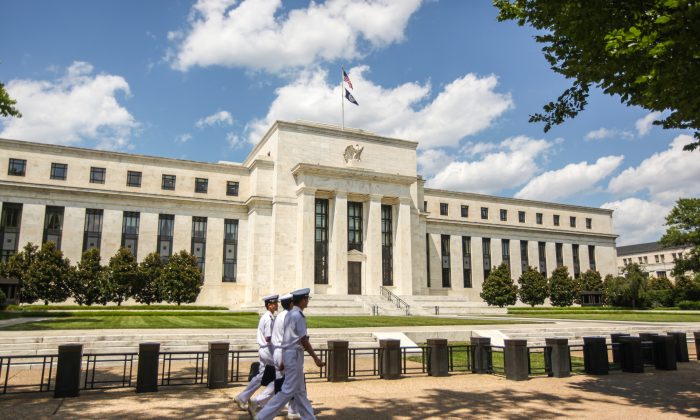 NEW YORK—An index of world stocks rose on Jan. 7, extending strong gains logged last week as investors took heart from last week’s robust U.S. employment data and a message from the U.S. central bank that it would be patient and flexible in policy decisions this year.

Growing bets the Federal Reserve will halt its multi-year rate hike cycle sent the dollar lower across the board, while rising equity markets and support from OPEC production cuts helped lift oil prices.

MSCI’s world equity index, which tracks shares in 47 countries, was up 0.77 percent, its highest since Dec. 19.

On Jan. 4, Powell told the American Economic Association that the Fed is not on a preset path of rate hikes and that it will be sensitive to the downside risks markets are pricing in.

The comments, coming after a robust U.S. jobs report, helped boost risk sentiment and lift stock markets around the world.

On Jan. 7, U.S. stocks edged higher as investors turned their attention to the latest round of U.S.-China trade talks and a prolonged government shutdown, halting Wall Street’s strong surge from Jan. 4.

U.S. officials are meeting their counterparts in Beijing this week for the first face-to-face talks since U.S. President Donald Trump and China’s President Xi Jinping agreed in December to a 90-day truce in a trade war that has roiled global markets.

China has the “good faith” to work with the United States to resolve trade frictions, the Foreign Ministry said on Jan. 7, as the world’s two largest economies resumed talks in a bid to end their trade dispute.

“Trade has been one of the big factors, along with the budget stalemate, contributing to the climate of fear that we’re seeing,” said Scott Brown, chief economist at Raymond James in St. Petersburg, Florida.

European shares were slightly lower amid lingering worries about the eurozone economy and Brexit. The pan-European STOXX 600 was down 0.29 percent.

The dollar index, which tracks the greenback versus the euro, yen, sterling and three other currencies, was down 0.48 percent at 95.722.

“Fed Chair Powell’s comments Jan. 4 that policymakers were flexible and ‘listening carefully’ to financial markets helped support the impression that the Fed tightening cycle may slow or pause in the coming months,” said Shaun Osborne, chief FX strategist at Scotiabank in Toronto.

Interest rate futures traders are now pricing in a partial rate cut for this year, while the Fed has indicated that two rate hikes are likely.

Gold rose and palladium hit a record high as the weaker dollar spurred demand for the metals from holders of other currencies. Spot gold was up 0.27 percent at $1,288.25 per ounce.

Stable equity markets and production cuts by the Organization of the Petroleum Exporting Countries helped oil prices rise for a fifth straight session.