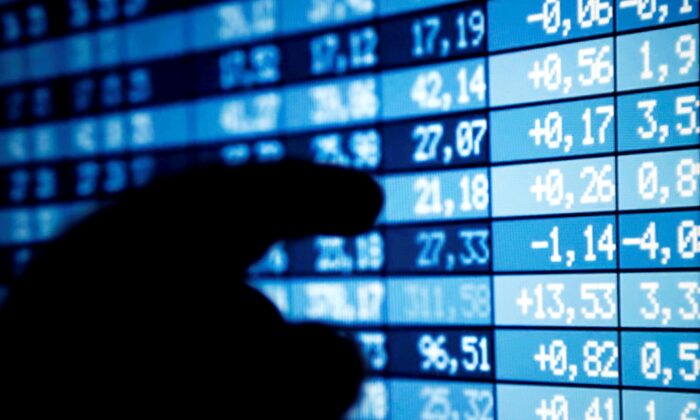 LONDON—An equity market correction of 5 percent-10 percent by the end of the year was the majority prediction in a September market sentiment survey published by Deutsche Bank on Monday, in the latest sign of market caution that the equity bull run will end.

According to the report, conducted from Sept. 7–9 and covering over 550 market professionals globally, 58 percent of respondents said they expected an equity sell-off by the end of the year.

Helped by vast amounts of stimulus from central banks, stocks have surged from the lows they reached in March 2020 when the COVID-19 pandemic spooked markets and triggered a sharp drop in equities. The MSCI world equity index has nearly doubled since then.

Economic growth and corporate profits have recovered faster than expected, but now data from the United States and China suggests that recovery may be running out of steam.

COVID-19 was still considered the biggest risk to market stability, with 53 percent of Deutsche Bank survey participants citing concerns over new virus variants that bypass vaccines. This was followed by higher-than-expected inflation.

Around a third of respondents (32 percent) cited strong economic growth not materialising or being short-lived, and a central bank policy error, as risks to market stability.

The September survey also showed that belief in transitory inflation—as flagged by central banks—is edging down though it still remains the consensus.

BNP Paribas said in a client note last week that it expects the S&P 500 to be at its current level at the end of the year.

“Given the risk of higher taxes and interest rates, we are broadly neutral on US equities and see more upside in European stocks,” BNP Paribas said.

Deutsche Bank also polled market professionals about their intentions to return to work following the pandemic and found that around one in five people still had not returned to their office since March 2020, when the pandemic triggered lockdowns globally.

This number was even lower in the United States at one in three, Deutsche Bank said.