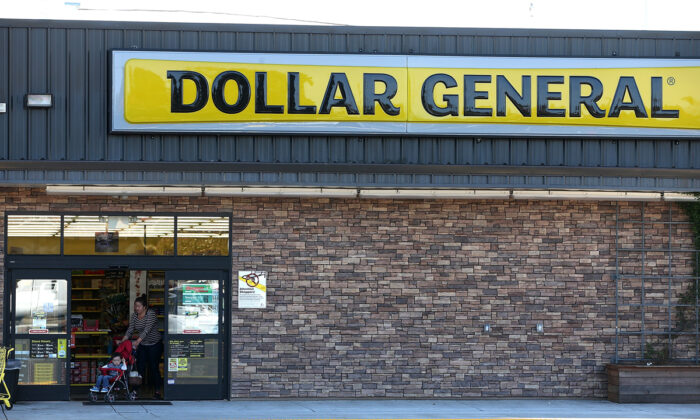 Benzinga’s weekly Stock Wars matches up two leaders in a major industry sector, with the goal of determining which company is the better investment.

This week, the duel is between a pair of discount retail chains: Dollar General Corp and Dollar Tree, Inc.

The Case For Dollar General

This company began in October 1939 in Scottsville, Kentucky, as J.L Turner and Son. The elder Turner was a former dry goods salesman who began buying and liquidating bankrupt general stores during the Great Depression. Turner was no stranger to having a store go bust—he twice failed at owning and operating an independent store before launching this venture.

The “dollar” aspect to the operations was introduced in 1955 by Cal Turner, the son in J.L. Turner and Son, who decided to make the “dollar days” promotions used in department stores a permanent feature of this operation. The company became Dollar General in 1968, the same year it was listed on the NYSE.

Among the company’s recent corporate developments are a new focus on providing healthcare-related products and the appointment of Dr. Albert Wu in the new position of vice president and chief medical officer; a 50,000-person hiring goal that was announced on July 14 with a Labor Day deadline; and the rollout of a new retail subsidiary called pOpshelf where approximately 95 percent of merchandise is priced at $5 or less.

In its most recent earnings report, the first-quarter data published on May 27, Dollar General reported net sales of $8.4 billion, down 0.6 percent from $8.44 billion in the same period one year earlier. Operating profit totaled $908.9 million, up 4.9 percent from $866.7 million in the previous year.

The company opened 260 new stores and closed 11 during the first quarter, compared to opening 250 and closing 28 one year earlier. The company is aiming at the 2021 total of 1,050 new store openings.

“We are pleased with our strong start to fiscal 2021, and I want to thank our associates for their unwavering commitment to supporting our customers, communities, and each other,” said Todd Vasos, Dollar General’s CEO, who observed the company “executed more than 800 real estate projects, including new store openings in our pOpshelf and larger footprint Dollar General formats. In addition, we remained focused on serving our customers, while further advancing our key strategic initiatives.”

The Case For Dollar Tree

Dollar Tree can trace its roots back to K.R. Perry, who opened a Ben Franklin variety store in Norfolk, Virginia, in 1955. In 1970, Perry and his son Doug Perry teamed with Macon Brock to open K&K Toys in Norfolk. This venture grew into more than 130 East Coast stores, located mostly within shopping malls.

By 1986, Doug Perry and Brock joined Ray Compton to launch the discount retailer, Only $1.00, with five stores in three states. K&K Toys was sold to KB Toys in 1991 and Only $1.00 became Dollar Tree Stores in 1993. The company was publicly listed two years later.

Among its most recent corporate developments are a new push to increase its workforce via hiring events at its 26 U.S. distribution centers and a new recruitment effort for store managers, assistant store managers and distribution center leadership; the launch of its Chesapeake Media Group subsidiary to increase its digital marketing resonance; and Family Dollar’s recent partnership with InstaCart for same-day delivery services from more than 6,000 stores along with the new e-commerce capabilities on its website.

In its most recent earnings report, the first-quarter results published on May 27, Dollar Tree reported $6.48 billion in consolidated net sales, up 3 percent from $6.29 billion in the prior year’s first quarter. Gross profit totaled $1.96 billion, up 9.4 percent from $1.79 billion one year earlier.

Dollar Tree’s first-quarter basic EPS was $1.61 and its diluted EPS was $1.60. Last year, those figures were $1.05 and $1.04, respectively. Looking ahead for its full-year projection, the company estimated diluted EPS will range between $5.80 and $6.05 while reiterating plans for 400 Dollar Tree stores and 200 Family Dollar stores.

Dollar Tree President and CEO Michael Witynski pointed out that the company’s first-quarter figures came in the face of significant challenges.

“Unlike most retailers, we are currently faced with higher freight costs, both international and domestic, worker shortages and uncertainty related to inflation,” he said. “These issues are rising as COVID abates and they are not systemic to Dollar Tree and not expected to be permanent.”

Both companies came out of the first quarter in strong shape and have stocks trading near their 52-week highs.

The big difference between the two is Dollar Tree’s Wityniski was frank about identifying the supply chain and labor challenges facing his business, while Dollar General’s Vasos did not cite any potential hiccup in current and near-future operations.

Both companies will be releasing their second-quarter earnings on Aug. 26, and it will be interesting to see how they coped with the dramatic inflationary uptick that occurred during the quarter.

The best advice for both long-haul investors and overeager traders might be to wait for the second-quarter earnings to get a better handle on how the companies are coping with rising inflation. Most likely, they will come through with vigor.

But, then again, to quote the great Fats Waller: One never knows, do one?