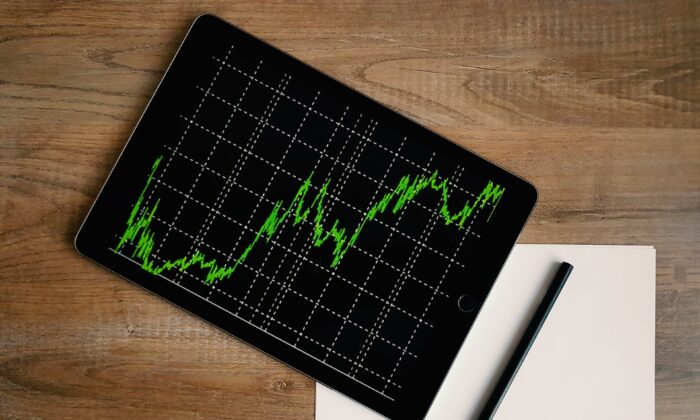 This week, the duel is between two popular restaurant chains: Denny’s Corp. and Shake Shack Inc.

The Case for Denny’s

Today, the Spartanburg, South Carolina-headquartered Denny’s has 1,640 franchised, licensed, and company restaurants across the U.S. (including Puerto Rico and Guam) and is in 11 countries. It has been publicly traded since November 1989.

Among its recent corporate developments, Denny’s announced a partnership with REEF, an operator of North American virtual restaurants, logistics, and proximity hubs. The companies will work together on new delivery options from virtual kitchens in metropolitan trade areas.

Denny’s also has a flair for playful publicity: last week, it offered free weddings at its Las Vegas chapel on Valentine’s Day, and in December it teamed with AT&T Inc.’s Warner Bros. division on a promotion tied to the film “The Matrix: Resurrections” that enabled Denny’s Rewards members to be transported into a real-life version of The Matrix to experience personalized “glitches” that provided them with free delivery and other randomized prizes in their digital offers wallet.

In its most recent earnings report, the fourth-quarter data published Feb. 15, Denny’s recorded $107.6 million in total operating revenue, up 34.4 percent from $80.1 million in the prior year’s quarter. Franchise and license revenue was $60.2 million, up from $47.2 million one year earlier, while company restaurant sales were $47.4 million versus the previous year’s $32.9 million. Denny’s noted the changes were primarily fueled by dine-restrictions that were still in place during the fourth quarter 2020 COVID-19 pandemic period.

CEO John Miller stated the company “entered 2022 with a sense of renewed energy and excitement as several of our recently announced transformational brand initiatives are progressing. While the spread of the omicron variant has caused some near-term volatility, our progress through the recovery curve validates our confidence for the ongoing success of this brand. Our dedicated franchisees and team continue to deliver a great experience to our guests in addition to sharing in our long-term vision to further propel this iconic brand forward.”

The Case for Shake Shack

Not unlike Denny’s, this company sprang from very humble origins—in this case, the roots of Shake Shack was a hot dog cart in New York City’s Madison Square Park run from the kitchen of Eleven Madison Park, a ritzy restaurant operated by Danny Meyer’s Union Square Hospitality Group. After three years, the hot dog cart transitioned into a kiosk-style eatery known as Shake Shack.

Today, Shake Shack operates 240 U.S. locations and more than 125 international locations including in London, Mexico City, Istanbul, the Middle East, and Asia. The company has been publicly traded since January 2015.

In its recent corporate developments, Shake Shack announced last month it was expanding into Malaysia, with the eatery opening in 2023 and the goal of 10 restaurants in the country by 2031. Back in its home country, CEO Randy Garutti acknowledged last week that prices will be going up in March between 3 percent to 3.5 percent—a similar price hike occurred in October. And last March, Tara Comonte, stepped down as president and chief financial officer after four years; former Goldman Sachs Group Inc. restaurant analyst Katherine Fogertey took over as CFO, but the president’s role is still vacant.

In its most recent earnings report, the fourth-quarter data published Feb. 17, Shake Shack recorded $203 million in total revenue, up from $5 million one year earlier, while system-wide sales were $314.3 million versus $238 million in the same period during the previous year.

Garutti acknowledged his company’s problems, noting that “sales were impacted by the sharp increase in omicron cases in fiscal January, causing a decline in traffic, lost hours, and Shack closures. While a return to pre-COVID movement patterns remains uncertain, we are pleased to see improvement through fiscal February, with same-Shack sales up approximately 13 percent month to date.”

Nonetheless, Garutti emphasized that he remained “confident in our strategic investments around elevating our people, digital transformation, format evolution with drive-thru, and our commitment to delivering a great guest experience with an eye towards accelerated growth.”

To be blunt, Shake Shack had a rough quarter and Denny’s didn’t. Both operated in the same environment, but one got the rose and the other got the thorns.

Looking ahead, as the omicron threat subsides, restaurant chains will still be facing the challenges from rising inflation, labor shortages, supply chain disruptions, and endless fickleness of shifting consumer tastes and trends.

During the fourth quarter, Denny’s proved to be nimbler than Shake Shack, and there is little reason to doubt that Denny’s can face this year’s dilemmas with similar results. Whether Shake Shack can shake off its fourth-quarter difficulties remains to be seen. Thus, our Stock Wars duel is declared in Denny’s favor.