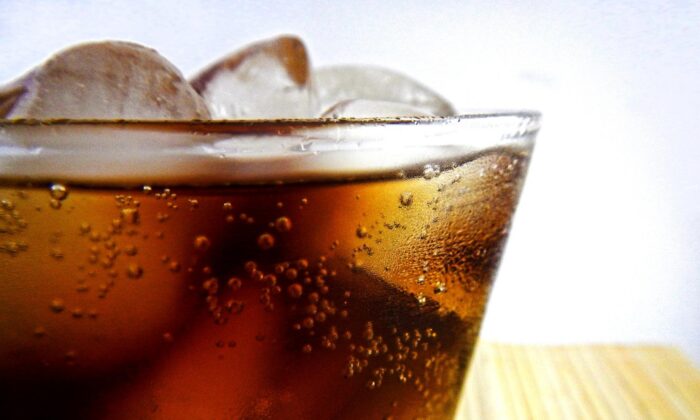 This week, the duel is between two powerhouse rivals in the beverage space: Coca-Cola Co and PepsiCo, Inc.

The Case For Coca-Cola

This company traces its roots to John Stith Pemberton, a Georgia pharmacist who was injured in the Civil War and was given a morphine regimen that metastasized into an addiction. Pemberton created a drink in 1886 that he hoped would have pain-killing elements without morphine’s lethal addictive nature. The Coca-Cola name was credited to Pemberton’s bookkeeper, Frank M. Robinson, and was inspired by the coca leaves and kola nuts ingredients—and, contrary to popular legend, not by cocaine, which was never part of the mixture.

The Coca-Cola Company has been publicly traded since 1919 and has been paying its stockholders dividends since 1920. Today, the Atlanta-based company’s products are sold in more than 200 countries and territories and its portfolio spans soft drinks, bottled water, sports drinks, coffee and tea, juice, dairy and plant-based beverages with iconic brands including Coca-Cola, Sprite, Fanta, Dasani, Minute Maid and Powerade.

Among Coca-Cola’s most recent corporate developments is its partnership with Constellation Brands, Inc. to create an alcohol beverage line based on the Fresca soft drink brand; the completion of its acquisition of the BodyArmor sports drink brand (the company acquired a 15 percent stake in 2018 and paid $5.6 billion in cash for the remaining 85 percent); its plans to nearly double its spending with minority-owned media companies over the next three years; and the introduction of a 13.2-oz bottle made from 100 percent recycled plastic material for its Coca-Cola, Dasani and SmartWater brands.

“Our strategic transformation is enabling us to effectively navigate a dynamic environment and emerge stronger from the pandemic,” said Chairman and CEO James Quincey. “We are updating our full-year guidance to reflect another quarter of momentum in the business. While the recovery continues to be asynchronous around the world, we are investing for growth to drive long-term value for the system. Our strong system alignment and networked organization are helping us unlock enormous potential in our brands and across our markets.”

The Case For PepsiCo

Not unlike Coca-Cola, this company can also trace its heritage to a Southern pharmacist. In this case, Caleb Bradham of North Carolina, who created what he called “Brad’s Drink” in 1893 before renaming it Pepsi-Cola. The new name was based on Bradham’s belief that his drink replicated the effects of the pepsin enzyme on digestion.

Bradham’s initial success was derailed by sugar rationing in World War I, which put a dent in production from which he never recovere—he declared bankruptcy in 1923 and sold the rights. The product had a second life when Charles Guth, the owner of a restaurant chain, replaced Coca-Cola in the 1930s with Pepsi-Cola in his eateries. A 1965 merger with Frito-Lay Inc. created PepsiCo, which moved its listing to the NASDAQ in 2017 after having an NYSE presence since 1919.

Today, the Purchase, New York-headquartered PepsiCo sells its products in more than 200 countries and territories, and its food and beverage portfolio includes Frito-Lay, Gatorade, Pepsi-Cola, Quaker and SodaStream.

In August, the company sold off its Tropicana, Naked and other select North American-focused juices to the French private equity firm PAI Partners for $3.3 billion and also teamed with Boston Beer Company Inc to develop Hard MTN Dew, a flavored malt beverage featuring an alcohol by volume level of 5 percent.

“We are pleased with our results for the third quarter as we delivered very strong net revenue growth while carefully navigating a dynamic and volatile supply chain and cost environment,” said Chairman and CEO Ramon Laguarta. “Given our year-to-date performance, we now expect our full-year organic revenue to increase approximately 8 percent and core constant currency earnings per share to increase at least 11 percent .”

The long-running Coke-versus-Pepsi feud began 2022 with the companies still in a near dead-heat. Both scored profitable third quarters, although PepsiCo’s drop in net income is lamentable. And shares for both companies are trading near their 52-week highs.

Furthermore, both companies have been careful in acknowledging the rough economic realm where they are operating. Coca-Cola’s Quincey used subtle language in admitting “the recovery continues to be asynchronous around the world” while PepsiCo’s Laguarta talked of a “volatile supply chain and cost environment” but insisted the situation was navigable.

Recently, Coca-Cola has been the more progressive of the two. For example, Coca-Cola jettisoned its Odwalla juice brand in July 2020, roughly a year before PepsiCo dropped Tropicana and its other juices. And Coca-Cola also had a head start on PepsiCo in entering the alcohol market via its 2021 partnership with Molson Coors Beverage Co on the launch of Topo Chico hard seltzer.

But at the end of the day—or the start of the trading day, if you prefer—PepsiCo’s stock price is significantly higher than Coca-Cola’s.

One advantage for PepsiCo is the food brands portfolio—the Frito-Lay and Quaker Foods units bring the company into a complementary dimension that Coca-Cola lacks. PepsiCo’s marketing outreach is also seeking to appeal to all possible demographics. Over the last 12 months, what other brand has featured such diverse stars as Matthew McConaughey, LeBron James, Doja Cat, Rick Astley, Reese Witherspoon, Issa Rae, and Bad Bunny in its promotional endeavors?

In this Stock Wars duel, the nod goes to PepsiCo for its more muscular stock price. That’s not to say Coca-Cola is a bad investment—far from it—but at this point in time, long-haul investors and gaming traders might do better if they had a Pepsi instead of a Coke.