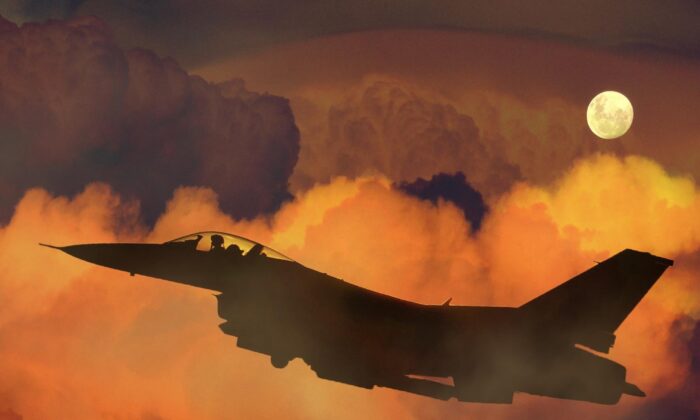 This week, the duel is between two of the world’s major aviation corporations: Boeing Company and Lockheed Martin Corporation.

The Case For Boeing

This company traces its heritage to lumber company executive William Boeing, who became enchanted with manned flight after witnessing an aircraft presentation at the 1909 Alaska-Yukon-Pacific Exposition. Seven years later, Boeing teamed with U.S. Commander George Conrad Westervelt to create the B&W Seaplane under the corporate banner of Aero Products Co.

Among its recent corporate developments, the Chicago-headquartered Boeing announced it generated more than $2 billion in online orders last year, a company record, with nearly 70,000 parts products sold to commercial and government customers.

But the company also shouldered some troublesome news on Feb. 15 when the Federal Aviation Administration announced it would retain the power to approve Boeing 787 Dreamliner aircraft for flight rather than return that authority to the company, which has not delivered any new Dreamliner aircraft since last May due to production flaws. The FAA added Boeing would regain that authority once 787 deliveries resumed and the aircraft passed final inspections.

“This will allow the agency to confirm the effectiveness of measures Boeing has undertaken to improve the 787 manufacturing process,” the FAA said in a statement.

In its most recent earnings report, fourth-quarter data published on Jan. 26, Boeing recorded $14.79 billion in revenue, down from $15.3 billion one year earlier, with a net loss of $4.16 billion, down from fourth-quarter 2020 net loss of $8.43 billion. Year-over-year revenue declines were recorded across Boeing’s commercial airplanes and defense-space-security segments while its global services and Boeing Capital segments recorded year-over-year revenue upswings.

Boeing President and CEO David Calhoun acknowledged that “2021 was a rebuilding year for us” and highlighted the positive cash flow and increased 737 Max production and deliveries while admitting the 787 program was a work in progress.

“While this continues to impact our near-term results, it is the right approach to building stability and predictability as demand returns for the long term,” Calhoun said. “Across the enterprise, we remain focused on safety and quality as we deliver for our customers and invest in our people and in our sustainable future.”

The Case For Lockheed Martin

Today, the Bethesda, Maryland-based company operates through four segments—aeronautics, missiles and fire control, rotary and mission systems, and space—and its primary customers are the U.S. government and foreign military agencies.

This week saw Lockheed Martin score a major stroke of good news with three NASA contracts related to the agency’s Mars Sample Return program and acknowledged the disappointment of terminating its planned acquisition of Aerojet Rocketdyne Holdings Inc. after the U.S. Federal Trade Commission sued to block the transaction from proceeding.

The company recently secured aircraft contracts with the militaries in Japan, Finland, Egypt and Colombia, and it was part of the historic Christmas Day launch of the James Webb Space Telescope with the inclusion of its Near Infrared Camera as Webb’s primary imager.

In its most recent quarterly earnings report, the fourth quarter data published on Jan. 25, Lockheed Martin recorded net sales of $17.7 billion, up from the previous year’s $17 billion, and net earnings of $2 billion versus $1.79 billion one year earlier. All four of the company’s segments recorded year-over-year net sales gains while the quarter concluded with diluted earnings per share of $7.47, up from the previous year’s $6.38.

“We closed the year on a strong note with solid growth in fourth-quarter sales, segment operating profit, and earnings per share, while cash exceeded our projections as we delivered on our customer commitments and drove strong execution,” said Lockheed Martin Chairman, President and CEO James Taiclet, who promised continued investments in “the many emerging growth opportunities ahead—from new aircraft competitions around the world, to our classified portfolio, to solid demand for our signature programs, to emerging technologies like hypersonics.”

Both companies have experienced their respective shares of highs and lows recently, with the highs coming from the companies’ technological innovations and peerless sales channels while the lows are shaped by unsympathetic government agencies—the FAA for Boeing, the FTC for Lockheed Martin.

Boeing’s fourth quarter was a rougher year-over-year journey, which is understandable when one considers the headaches experienced by the commercial airlines sector—although it has a problem of its own making with the 787 Dreamliners. In fact, one of its major clients, American Airlines Group Inc , was forced to reduce its summertime international scheduling due to delays in Dreamliner production. Lockheed Martin, with a governmental client base, was mostly buffered against the COVID-19 pandemic-era tumult experienced in the private sector.

As the Dreamliner situation created something of a nightmare for Boeing, we’ll call this Stock Wars duel in Lockheed Martin’s favor. But when Boeing is able to rectify the Dreamliner woes, a rematch between these two companies will certainly be in order.