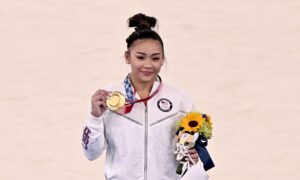 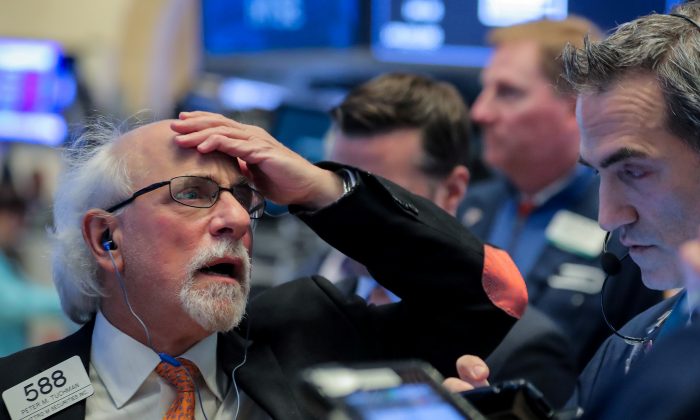 NEW YORK—A new normal is taking root in U.S. stock markets, and the word that best sums it up starts with a “V”.

For the second time this year, volatility has returned with a vengeance, and traders in the equity options market are betting ongoing market gyrations are not about to let up any time soon.

This year’s regular bouts of volatility mark a sharp departure from 2017 when daily stock gyrations plunged to a multi-decade low. Indeed, the S&P 500 Index is on pace for its most volatile year since 2015, Refinitiv data showed.

Persistent trade-related tensions between the United States and China, weakness in the tech sector, worries about slowing global growth and jitters about the Federal Reserve marching toward higher interest rates has taken a toll on U.S. stocks in recent weeks and the S&P 500 Index has shed all its gains for the year.

Concerns about the outcome of a meeting between U.S. President Donald Trump and Chinese President Xi Jinping at next week’s G-20 summit and how it might affect the outlook for Sino-U.S. trade relations is the latest worry to be playing on options traders’ minds.

Unlike in 2017, when U.S. stocks went up in almost in a straight line, options traders expect stocks to dance to a more volatile tune for the foreseeable future, analysts said.

“We are transitioning to more normal conditions,” he said.

Expect the VIX to stay closer to the 20 level than to 10, said Selvala. Speculative positions in volatility futures backs that view.

Asset managers or institutional players, leveraged funds and other traders, who together are described as the ‘buy-side,’ are now net long 11,441 contracts, according to U.S. Commodity Futures Trading Commission positioning data through Nov. 13. That’s a sharp change from early October when they were net short nearly 90,000 contracts.

Since the start of October, traders in the options market have shown a healthy appetite for defensive contracts on broad market indexes.

“It’s been absolutely huge,” said Ilya Feygin, senior strategist at WallachBeth Capital, referring to the demand for defensive contracts on the S&P 500.

“Clearly there was a lot of hedging with puts,” said Feygin. An index put option gives the holder the right to sell the value of an underlying index at a fixed level in the future, thereby offering protection against declines in the index. Calls convey the opposite right.

Nor is the rush of activity restricted to defensive contracts. Calls are in demand as well.

“There is risk for a large up move and a down move right now, more so than normally, because of tariffs, especially around the G-20 summit,” said Vinay Viswanathan, a derivatives strategist for Macro Risk Advisors in New York.

With investors jockeying to position themselves for coming stock swings, the number of open options contracts on S&P 500 Index and its tracking fund, known as the SPDR S&P 500 ETF Trust, has surged to the high-end of their respective two-year ranges, according to data from options analytics firm Trade Alert.

For S&P 500 options, implied volatility—an options-based measure of how much stocks are expected to gyrate—shows a noticeable spike contract expiring on Dec. 7, the first weekly expiration after the conclusion of the summit, according to Trade Alert data.

It is not clear whether a meeting between U.S. President Donald Trump and Chinese President Xi Jinping at the G-20 summit will help sooth frayed nerves or inflame tensions further between the two countries. For now, traders see volatility as the safest bet.

“People are betting action could come in either direction,” said Viswanathan.