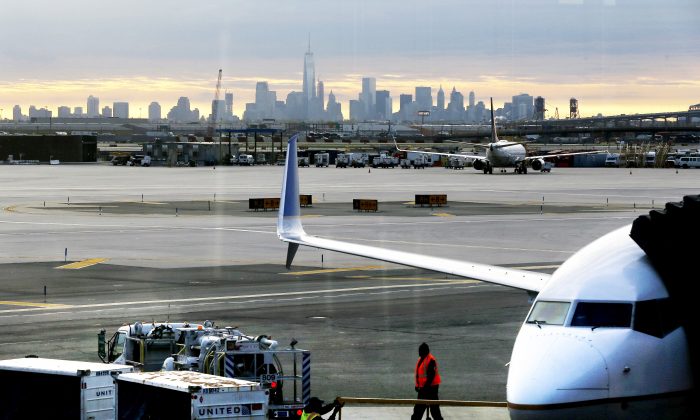 A jet is parked at Newark Liberty International Airport in Newark, N.J. on May 1, 2015. The airport is one of Signature Flight Supports FBOs in the New York metropolitan region. (AP/Julio Cortez)
New York

The Port Authority of New York/New Jersey announced on July 11 that Signature Flight Support will start operations as the fixed base operator (FBO) at Stewart International Airport. The FBO at Stewart was formerly operated by Airborne Aviation.

As FBO, Signature’s services will include fueling, ground handling, maintenance, hanger space rentals, and amenities for passengers and crew.

We have a long-term, optimistic view for business and general aviation in New York
— Maria Sastre, President and COO, Signature Flight Support

Maria Sastre, president and COO for Signature Flight Support, noted the solid work relationship with the Port Authority. “Signature has invested heavily in the two states and we have a long-term, optimistic view for business and general aviation in New York and New Jersey.”

Stewart is a convenient relief airport and offers options for aircraft that want to reposition and park outside of the New York/New Jersey metro areas, according to Patrick Sniffen, vice president of marketing for Signature Flight.

Harrison and his team has worked to grow the airport’s traffic. “Today’s announcement highlights the Port Authority’s efforts to position the airport for growth while encouraging air service development opportunities beyond commercial and cargo. We look forward to this continued partnership as it helps to strengthen our airport’s role as an economic driver that creates jobs for the region.”