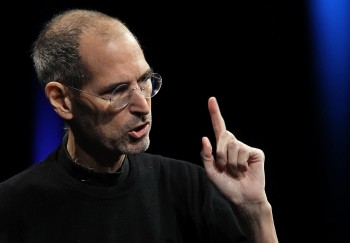 Jobs, who co-founded the company that makes some of the most popular technology products in the world, was 56 years old. He lost a battle with pancreatic cancer, and is survived by his wife and four children.

“Apple has lost a visionary and creative genius,” Apple said in a statement Wednesday evening. “Steve leaves behind a company that only he could have built, and his spirit will forever be the foundation of Apple.”

Jobs resigned from Apple as chief executive officer on Aug. 24. At the time of his death, Jobs was chairman of the board at Apple.

Under his leadership, Apple was transformed from a maker of computers to a purveyor of electronics, personal entertainment devices, and mobile phones, with a flair for style.

The Apple II computer was groundbreaking in 1977, and helped push personal computers to mass-market mainstream. After some internal strife, Jobs left the company, only to return a decade later in 1998. Under Jobs, Apple’s iPod, iPhone, and later the iPad became market-leaders, while its Macintosh computers continue to gain market share. His reputation and legacy in the technology industry, which experience tremendous growth during his career, is surpassed by few others.

Besides technological innovations, Jobs transformed the industry like few others. His emphasis on design, style, and marketing has proved so successful and popular that the Apple brand is often the envy of his competition.

Shares of Apple (Nasdaq: AAPL) fell by 0.3 percent in after hours trading as of Wednesday evening.

The following statement is posted on the Apple website:

Apple has lost a visionary and creative genius, and the world has lost an amazing human being. Those of us who have been fortunate enough to know and work with Steve have lost a dear friend and inspiring mentor. Steve leaves behind a company that only he could have built, and his spirit will forever be the foundation of Apple.

RIP Steve. You will indeed be missed by many.