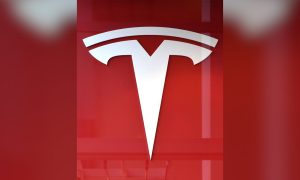 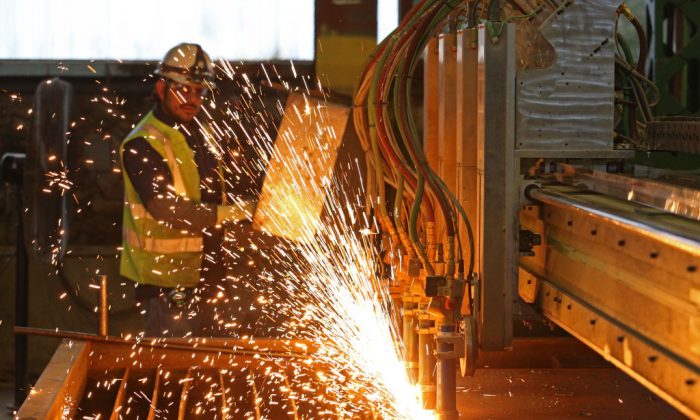 The president of a steelworkers union praised President Donald Trump and his policies, including his tariffs, during a television appearance on Jan. 8.

“The president’s probably been the biggest supporter of steel that we’ve had in many decades,” said Mark Glyptis of United Steelworkers Local 2911 on “Fox & Friends.”

“So, when the tariffs were imposed, it gave us an opportunity to compete against the rest of the world on a fairer basis. So it’s created jobs and the industry right now is doing very, very well,” Glyptis said.

“[Steel is] a superior product to concrete, it will create jobs, and it’s a great method for border security.”United Steelworkers Local 2911 President Mark Glyptis makes a case for steel as material to build the wall and praises President Trump as ‘the best friend for the steel industry’

Trump recently said that the southern border wall should be made out of steel slats with the steel sourced from American companies.

“If I build a wall, and the wall is made out of steel instead of concrete, I think people will like that. And here’s the other good thing, I’ll have it done by the United States steel corporation, by companies in our country,” Trump said.

Glyptis responded, saying: “If the wall’s built out of steel, obviously it’s going to create additional jobs. It’s going to improve our economy. Good things will happen. And it’ll be a great way to secure the border.”

His comments came after Nucor Corp. announced this week plans to build a $1.35 billion steel-plate mill in the United States.

The mill will create around 400 new jobs, according to Nucor’s CEO John Ferriola. He said the expansion was due to Trump’s policies.

“Tax reform continued improvements to our regulatory approach, and strong trade enforcement are giving businesses like ours the confidence to make long-term capital investments here in the U.S. that create jobs and ensure our success for decades to come,” he said.

Trump’s tariffs resulted in the creation of more than 11,000 jobs by August, according to a tally by the Coalition for a Prosperous America, a nonpartisan trade group representing U.S. farmers, ranchers, manufacturers.

“The evidence is that the tariffs are working. Economic growth is up, inflation is under control, many of the tariffed industries are enjoying strong recoveries in output, profits, and employment,” Jeff Ferry, the CPA’s research director, said in a statement.