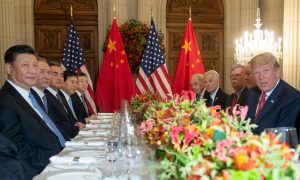 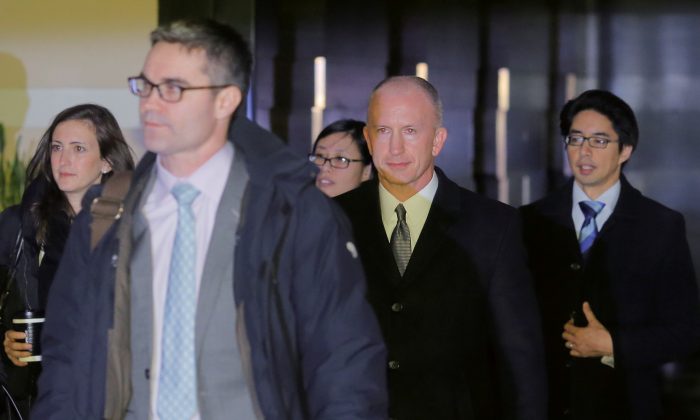 BEIJING—The United States and China will continue trade talks in Beijing for an unscheduled third day, a member of the U.S. delegation said Jan. 8, as the world’s two largest economies seek to resolve their trade dispute.

Steven Winberg, assistant secretary for fossil energy at the U.S. Department of Energy, told reporters at the U.S. delegation’s hotel that the discussions, which began Jan. 7, had gone well.

The two sides had extended their trade talks late into a second day in Beijing on Jan. 8, a source with knowledge of the meetings said, but few other details have emerged.

“China-U.S. trade talks haven’t concluded after two days of tough work. I heard they will continue tomorrow. This sends a signal: The two sides are in serious talks and working hard to solve the disagreements between them,” Hu said.

It’s unclear if the full U.S. delegations would join for the added talks or just select officials from certain agencies.

The meetings this week are the first face-to-face talks since U.S. President Donald Trump and Chinese leader Xi Jinping agreed in December to a 90-day truce in a trade war that has roiled global financial markets.

Trump, in a post on Twitter from Washington on Jan. 8, reiterated his recent statement that the talks with China were going well, but gave no other details.

On Jan. 7, U.S. Commerce Secretary Wilbur Ross predicted that Beijing and Washington could reach a trade deal that “we can live with.” He said immediate trade issues would be the easiest to tackle, while enforcement issues and structural reforms, such as intellectual property rights and market access, would be more challenging.

The U.S. team, led by Deputy U.S. Trade Representative Jeffrey Gerrish, includes undersecretaries from the departments of Agriculture, Commerce, Energy and Treasury, and senior officials from those agencies and the White House.

Trump imposed import tariffs on hundreds of billions of dollars of Chinese goods last year and threatened more to pressure Beijing to change its practices on issues ranging from industrial subsidies to intellectual property and hacking. China has retaliated with tariffs of its own.

Earlier on Jan. 8, China approved five genetically modified (GM) crops for import, a move seen as a “goodwill gesture” by some in the U.S. agriculture industry that could boost China’s overseas grains purchases and ease pressure from the United States to open its markets to more farm goods.

The timely approval of GM crops had been an early Trump administration demand in trade talks dating back to 2017.