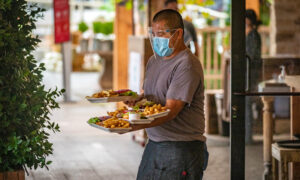 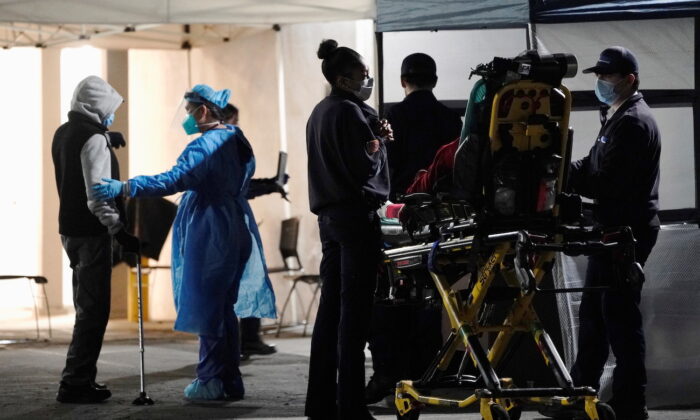 California’s health department announced that stay-at-home orders for Southern California and San Joaquin Valley and are being extended indefinitely amid the COVID-19 pandemic.

Tough restrictions imposed earlier this month on social and economic life were extended in densely populated Southern California—home to more than half of the state’s 40 million people—based on data showing intensive care units there likely to stay filled at or near capacity for weeks to come. Hospital ICUs in San Joaquin Valley have likewise remained for weeks with little or no bed space to spare.

California Health and Human Services Secretary Dr. Mark Ghaly said that the regional stay-at-home order will persist “until the ICU projections are above or equal to 15 percent” in a given region. He noted that Los Angeles County, the most populous county, has been particularly hard hit by weeks of infections and hospitalizations.

At least 90 percent of the county’s hospitals, he said, have been stretched so thin by the influx of COVID-19 patients that they were forced to divert incoming emergency patients to other facilities for much of the day over the past weekend.

No hospitals have yet formally notified public health authorities that they have reached the point of operating on a “crisis care” basis, involving wholesale rationing of medical treatment and supplies to the sickest patients, Ghaly said.

However, he added, “some hospitals in Southern California have put in place some practices that would be part of crisis care,” such as weighing “the effectiveness of certain treatments for certain patients who are unlikely to survive, or do well.”

Ghaly said he knew of no instances so drastic as to require doctors to choose, for example, between two patients who needed to be put on a ventilator when only one was available. But he said hospital managers were doing all they could to prepare for deteriorating conditions in order to avoid such dire scenarios.

“We could see the worst of it in early January,” he told reporters in an online briefing. “And most of the hospital leaders I’ve talked to in Southern California are bracing for exactly that.”

The bleak projections are based on expectations that many individuals will continue, as they have, to disregard public health warnings and mandates to avoid crowds and unnecessary travel for the remainder of the winter holidays, fueling further spikes in coronavirus transmissions.

Authorities want to prevent diminishment of the state’s healthcare system as much as possible until the newly approved COVID-19 vaccines can be made widely available to the public in the spring.

Residents under stay-at-home orders are required for the time being to remain largely indoors and avoid travel, except as necessary for permitted activities such as grocery shopping, medical appointments, individual outdoor exercise and dog walks.

Constraints have also been placed on a host of commercial activities, with restaurants limited to takeout and pickup service only and bars closed altogether.

The San Francisco Bay area and greater Sacramento are under the same restrictions, with ICU capacities hovering at around 10 and 19 percent, respectively. They each come up for their first three-week review early next month.