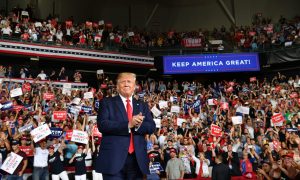 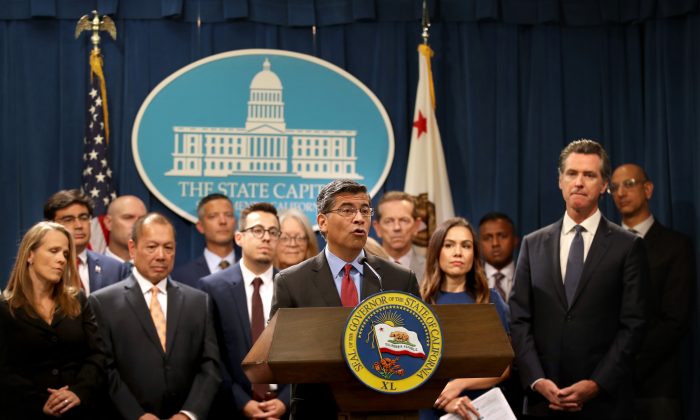 Four states—led by California—filed a lawsuit on Aug. 16 against the Trump administration’s recent rule of granting a federal agency power to deny green cards to applicants if they rely on welfare, which includes Medicaid, food stamps, and assistance for public housing.

The “Public Charge” rule was issued on Aug. 12. The United States Citizenship and Immigration Services (USCIS) will apply the new rule on applications filed after Oct. 15.

“This is simply unacceptable,” said Attorney General Becerra of California in a press release. “In California we know that welcoming and investing in all communities makes our entire nation stronger.”

Becerra said he is concerned that “hardworking eligible immigrants” will become fearful of receiving the additional but necessary governmental assistance.

But the Acting Director of USCIS Ken Cuccinelli told the Washington Times that the rule will not automatically disqualify applicants. A process is involved, but welfare will be a “highly weighted factor.”

“There isn’t a formula,” he told the Times. “It is intended to be a case-by-case determination.”

The suit also claims that the rule violates the Fifth Amendment of Equal Protection Guarantee by “disproportionately” [blocking] admission of non-white, non-European immigrants” from various countries.

Cuccinelli, however, said the agency is looking for self-sufficiency.

“The principle driving it is an old American value, and that’s self sufficiency,” he told Fox News. “It’s core principle—the American Dream itself—and it’s one of the things that distinguishes us, and it’s central to the legal history in the U.S. back into the 1800s.”

Attorney Generals from Washington, Maine, Oregon, and Pennsylvania have joined Becerra in filing the lawsuit.

A Case for Taxpayer and Immigrant

In the United States, over half of non-citizens use welfare, reported the Center for Immigration Studies. Non-citizens include both legal and illegal and immigrants.

“In 2014, 63 percent of households headed by a non-citizen reported that they used at least one welfare program, compared to 35 percent of native-headed households,” stated the center.

Cuccinelli explained that the Rule is intended to benefit both taxpayer and immigrant.

“It will also have the long-term effect of protecting taxpayers by enduring people who are immigrating to this country don’t become public burdens, that they can stand on their own feet, as immigrants in years past have done,” he told Fox News. “It’s not only a recipe for their success, but for America’s success growing out of our immigration system.”