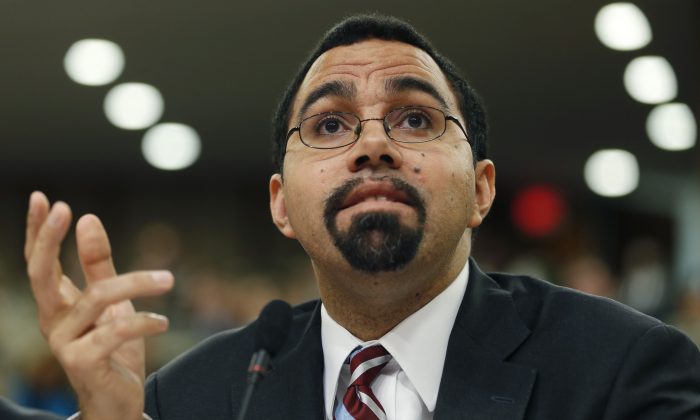 Parents and students anticipate release of this year’s state test scores any day now, but first they can take another look at the test questions–at least part of them–and read some appeasing lines from the State Education Commissioner John King, Jr..

This Wednesday the state published selected questions from tests pupils in grades 3–8 took in May. For the second year the tests were aligned to the Common Core, a set of learning standards promising better preparation for college. Last year the change in tests led to about 30 percentage points drop in scores. Less than third of city students was able to pass them.

Though only half the questions were released, it’s an improvement from the last year when only one in four questions was made public.

King was pressured by teachers and parents to disclose the entire test, but said it would cost millions more as the questions couldn’t be reused next year in such case. He proposed the additional money in this year’s budget, but legislators didn’t pick up on the idea.

Education publisher Pearson received $37 million in a five-year state contract for the tests.

Besides the questions and explanations what knowledge or skills they measure and how to answer them correctly, King added a letter to educators focusing on defending the tests.

About 30,000 students across the state opted-out of the tests this year and almost 40 city schools, mostly from affluent Manhattan areas, protested low quality of the English test.

“[L]et’s help parents and students understand that assessments are a necessary part of public education but by no means the whole story,” King stated. “Ultimately, success in school is reflected in many ways – from attendance and graduation rates to parent and student feedback to the student progress you track daily.”

Until last year the tests determined whether a child will progress to the next grade. This year legislators amended the law so the tests can no longer be the only or even a primary factor in grade promotion.

The tests still matter for teachers though. If their students’ scores don’t raise enough two years in a row, the teachers can be fired. Still, thanks to last minute legislation deal in Albany this June teachers won’t face any negative consequences due this year and next year state test scores.

“[N]o one equates testing with teaching, and test prep should consume as little classroom time as possible,” King stated in his letter. But he also stressed it is the job of teachers and school administrators to persuade parents and children the tests “are necessary to improve our schools and raise student achievement.”