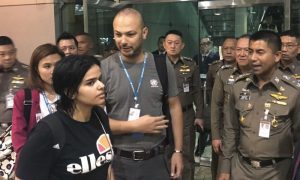 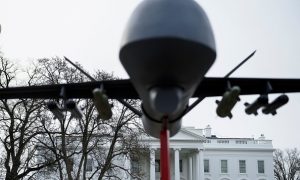 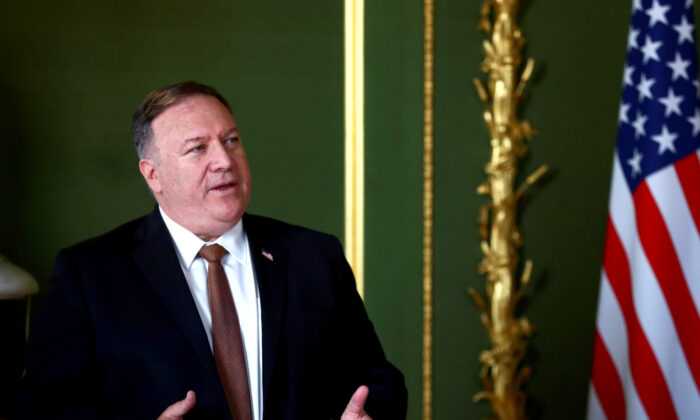 The State Department watchdog said in a new report that Secretary of State Mike Pompeo’s circumvention of Congress by way of an emergency declaration in order to sell $8.1 billion worth of arms to Saudi Arabia and the United Arab Emirates broke no laws.

Diana Shaw, who serves as the agency’s acting inspector general, said in an Aug. 10 report (pdf) capping a review of the State Department’s role in arms transfers to Saudi Arabia that Pompeo’s decision to fast-track weapons sales complied with federal law. The Office of the Inspector General did find, however, that the State Department did not do enough to prevent the weapons from being used by the Gulf nations to inflict mass deaths in Yemen.

A State Department official who held a telephone briefing with reporters on Monday to provide context for the report said that the government had sought to make greater efforts to enhance its risk-assessment processes and bolster mitigation measures to minimize civilian casualties.

The sale of arms to Saudi Arabia and the UAE was made possible by Pompeo’s invoking, in May 2019, of a rarely used provision in federal law to bypass a congressional review. A number of congressional Democrats objected when Pompeo notified Congress of the decision to use an emergency loophole in the Arms Export Control Act to proceed with the arms sales, which included precision-guided munitions, along with other bombs and ammunition.

In Tuesday’s report, the State Department watchdog concluded that the “secretary’s emergency certification was executed in accordance” with the Arms Export Control Act.

At the time, some 26 members of  Congress wrote a letter to former inspector general Steve Linick, urging him to review the matter, saying there were “dubious grounds” for invoking the emergency. Linick was fired while his office was probing the legality of the arms sales, and while President Donald Trump said he dismissed the watchdog because he lost confidence in him and Pompeo accused the inspector general of undermining the work of the State Department, his dismissal sparked an outcry, chiefly among Democrat lawmakers.

Rep. Eliot Engel (D-N.Y.), chairman of the House Foreign Affairs Committee, said in a statement at the time: “We unalterably oppose the politically-motivated firing of inspectors general and the president’s gutting of these critical positions,” adding that “Linick’s firing amid such a probe strongly suggests that this is an unlawful act of retaliation.”

In Capitol Hill testimony in early June (pdf), Linick refuted justifications for his firing but would not speculate on why he was fired, saying, “I can tell you that I don’t believe there’s any valid reason that would justify my removal.”