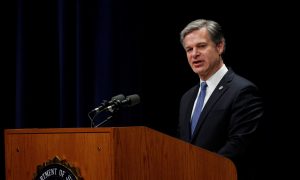 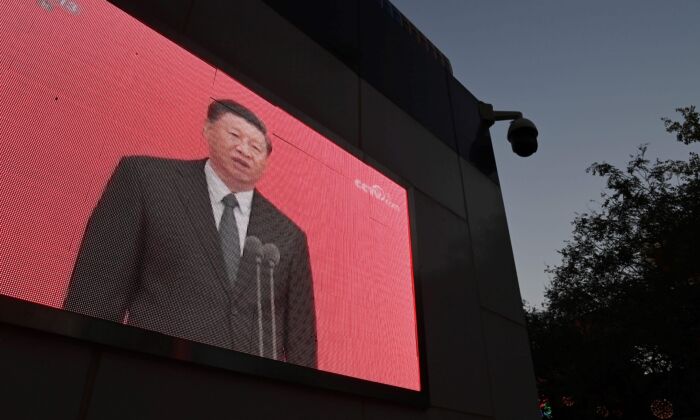 A video clip of Chinese leader Xi Jinping is seen on the outside of a police patrol station in Beijing on Nov. 2, 2020. (Greg Baker/AFP via Getty Images)
China-US News

The U.S. State Department recently issued a paper outlining China’s threats to the international order and how to combat them.

In a 74-page report, the Office of Policy Planning at the State Department examines how the Chinese Communist Party’s (CCP) global ambitions have triggered a new era of great-power competition.

It warned that the CCP seeks to “replace the established international order grounded in free and sovereign nation-states with a unity of nations in shared deference to the CCP’s interpretation of international socialism.”

The Chinese regime wields its economic prowess to coerce countries into doing its bidding and “make the societies and politics of foreign nations more accommodating to CCP specifications,” the report says.

The State Department also noted that the regime in Beijing is developing “a world-class military to rival and eventually surpass the U.S. military,” according to the paper.

The paper determined that the United States’ initial hope that engaging economically with the Chinese regime would propel the country to adopt political liberalization didn’t come true. Instead, the Chinese regime developed into a powerful “Marxist-Leninist dictatorship” that seeks to influence other countries to serve “Beijing’s authoritarian goals,” it said.

Despite China’s aggression, the report explains that the CCP has notable weaknesses, some “endemic to autocracy,” such as constraints on innovation, economic instability, corruption, and difficulties forming and maintaining alliances.

It especially points out that in the wake of the COVID-19 pandemic, which originated from the Chinese city of Wuhan, Beijing has induced “mounting international anger at the CCP’s contempt for human life, indifference to other nations’ well-being, and disregard for international norms and obligations.”

On the economic front, the Chinese regime’s vulnerabilities have also grown.

The paper cites Premier Li Keqiang’s statement that about half of its population—600 million—earned a medium or low income, meaning that they couldn’t afford to rent a room in a medium-tier Chinese city.

China’s economic development has led to worsening demographic conditions, environmental degradation, and increasing corruption, while tightening control on the population has triggered more protests, it notes.

In order to combat the CCP’s threats, the United States must strengthen its alliances, maintain its powerful military, and educate its citizens on the “scope and implications of the China challenge.”

The new generation of U.S. government officials and policy strategists should be trained to better understand the Chinese regime, it states.

The report also says the United States should seek to engage with Beijing on terms of “fairness and reciprocity,” while “constraining and deterring the PRC [People’s Republic of China] when circumstances require, and supporting those in China who seek freedom.”