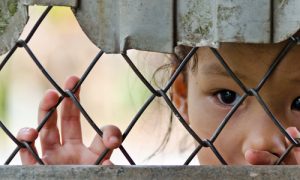 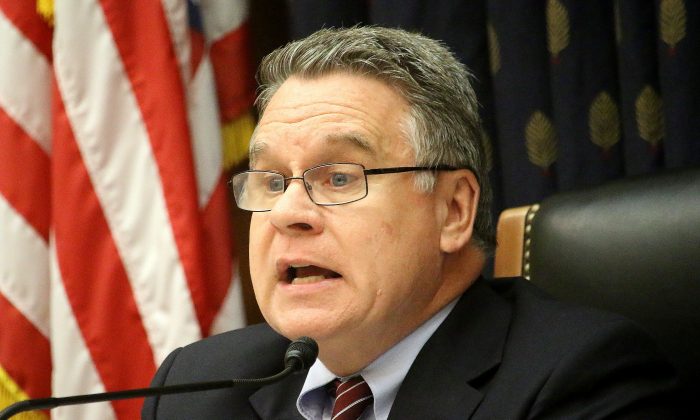 “We are holding this hearing today due to the well-founded concern that some of the rankings in the most recent report are grossly inaccurate and greatly undermine the credibility of the Report,” said Chris Smith (R-N.J.), chairman of the House Subcommittee on Africa, Global Health, Global Human Rights, and International Organizations.

The State Department witnesses were undoubtedly expecting tough questions. A Reuter’s investigative report, published on August 3, titled, “Special Report: State Department watered down human trafficking report,” set the scene for this hearing. It referred to anonymous State Department sources, who told Reuters that “senior American diplomats” pressured TIP Office “into inflating assessments of 14 strategically important countries.” It was mentioned by the members of the subcommittee several times and once a member quoted from it directly.

The Reuters investigation found that local embassies and other constituencies within the State Department rejected the recommendations determined by the TIP Office specialists of 17 countries. The TIP Office was able to keep its ratings of only three of those countries, meaning that 14 countries rankings were inflated against the advice of human trafficking experts. Normally, the diplomatic sections of the State Department win less than half of what are called “disputes” on the rankings, according to the article, and so this year’s degree of intervention in the rankings was unusual.

From the title of the hearing— “Demanding Accountability: Evaluating the 2015 Trafficking in Persons Report”—it was clear that the hearing would be seeking answers about the report’s decision-making. Yet, there was little the federal bureaucrats representing the TIP Office could say in the way of justifying some country upgrades when the decisions were made at multiple levels above them.

TIP Office Principal Deputy Director Dr. Kari Johnstone said at the hearing, “We don’t discuss the internal deliberations and recommendations of the different parts of the State Department.” Johnstone also said more than once that ultimately, the final decision with respect to country ratings is made by the secretary of state.

Rep. Brad Sherman (D-Calif.) doggedly tried to get Dr. Johnstone to answer whether the Reuter’s account was true or not, but she wouldn’t answer the question directly.

Importance of the TIP Report

The TIP Office has the lead in putting the annual report together which contains rankings of 188 countries on their compliance with the Trafficking Victims Protection Act (TVPA) of 2000. TIP Office is an independent entity that has the difficult task of grading efforts to end human trafficking, sometimes referred to as modern slavery. The ratings consider many factors, including the country’s human trafficking laws and enforcement, number of arrests and convictions of traffickers, and victim protection measures.

Over the years since its beginnings in 2000, the TIP report has evolved into an extremely important diplomatic tool to encourage countries to raise their rankings and take action to combat their sexual, labor, and child trafficking. Dr. Johnstone said that every foreign official she met on a trip to Southeast Asia last month was aware of their country’s assessments in the 2015 TIP Report, and took it very seriously.

Countries want to avoid placement on the blacklist, the Tier 3 grouping, which can lead to U.S. trade sanctions and non-eligibility for aid.

Congressman Smith reminded the committee that he was the primary author of the TVPA and views it as an effective anti-trafficking tool. He said he didn’t want to see it subverted.

Between Tier 2 and 3 lies the Tier 2 Watch List, which are countries that do not fully comply but are perceived to be making a bona fide effort to improve. A country can only remain on the Tier 2 Watch List for two years, and then must move up or down. A Tier 3 country, such as Cuba and Malaysia in 2014, will benefit with an upgrade to the Tier 2 Watch List. Smith said a country upgraded was supposed to have made “significant” efforts on “prosecutions, [victim] protection, and prevention,” not “modest or superficial changes.”

Several members of congress at the hearing agreed with Chairman Smith and condemned the “politicization” of the TIP Report, including Rep. Mark Meadows (R-N.C.), who said that either the report reflects the findings of the human rights experts or it “becomes a political tool” of high level officials, and sends the “wrong message that we don’t take this seriously.”

Chairman Smith identified four countries whose ratings, he believed, could no way be justified by the facts in the country reports: Malaysia, Cuba, China, and Uzbekistan. Malaysia was singled out for what appeared to be a politically motivated rating when it was upgraded from Tier 3 to Tier 2 Watch List.

Smith said that human traffickers were keeping hundreds of Rohingya refugees from Burma captive, “beating them, depriving them of food, and demanding ransom from their families.” Traffickers “operate openly and with impunity,” he said. Yet only three traffickers were convicted in Malaysia last year, which represents the third year of decline in the number of convictions. In 2013 when Malaysia was in Tier 3, there were nine convictions.

So, Smith concluded, “Trafficking in Malaysia is getting worse and the government’s enforcement of the law was nearly non-existent, and yet Malaysia was upgraded.”

The upgrade happened because the Obama administration wanted Malaysia to be eligible for the Trans-Pacific Partnership (TPP) , but Tier 3 countries are excluded by an act of Congress that prohibits increased trade with countries that engage in persistent labor trafficking, according to Smith and human rights organizations, such as Human Rights First.

Trafficking in Malaysia is getting worse and the government’s enforcement of the law was nearly non-existent, and yet Malaysia was upgraded.
— Chris Smith (R-N.J.), chairman, House Subcommittee on Africa, Global Health, Global Human Rights, and International Organizations

Besides flouting the will of Congress, the policy is “disastrous for the labor trafficking victims in Malaysia,” the outraged chairman said. He noted that Thailand had 151 convictions to Malaysia’s three, but remained in Tier 3.

Dr. Johnstone said at the hearing that Secretary Kerry had publicly stated that the TPP did not influence the Malaysian ranking and that he did not consult with others in the administration or the White House.

In their own deliberations, Johnstone said that Malaysia was a mixed situation in that there had been an increase in arrests and prosecutions of traffickers but a decline in convictions. Johnstone said during the rating period for the 2015 report, Malaysia had made significant efforts to improve its victims’ protection program.

Dr. Mark Lagon, president of Freedom House and former Ambassador-at-Large for Trafficking in Persons, U.S. Department of State, testified that the Malaysia “upgrade seems to coincide more with desires to make Malaysia more eligible to join TPP than the merits. Corruption is rampant, and stunningly underemphasized in the Report’s recommendations.”

However, Lagon warned not to become unduly indignant that other considerations come into play in TIP ranking discussions of Cuba and Malaysia. “For the most part, there is a constructive tension between the specialists of the TIP office and the officers of the regional bureaus and U.S. embassies,” he said.

Other countries that were singled out for their questionable upgrades were Cuba, Uzbekistan, and China. As with Malaysia, all three countries were upgraded to Tier 2 Watch list, except China which was already in Tier 2 Watch List from last year.

The country report states that in Cuba, adults and children are subjected to sex trafficking and forced labor. Smith said that Cuba “is the top destination in the Western hemisphere for child sex tourism, and does not criminalize labor trafficking.” Deputy Assistant Secretary Alex Lee, from the Bureau of Western Hemisphere Affairs, put the change in Cuban ranking in the context of the Cuban government’s willingness in the past couple of years to work cooperatively on its trafficking problem and to share information to a degree that was not true in the past.

Uzbekistan was upgraded to Tier 2 Watch List despite the fact that the Uzbek government itself operates a forced labor system in which at least a million citizens are compelled to harvest the cotton that farmers are forced to plant, all under threat of penalty, according to the Cotton Campaign, whose statement Chairman Smith entered into the record. To justify the upgrade, the report cited the elimination of child labor, but the Uzbek government simply replaced the child laborers with adult laborers and did nothing to dismantle the government’s own forced labor system.

China was allowed to keep its Tier 2 Watch List status largely because of a law passed in 2013 that allegedly closed its Re-education Through Labor (RTL) detention centers. But the TIP Report itself said that “reports indicate the government converted some RTL facilities into different types of detention centers—including state-sponsored drug detention and ‘custody and education’ centers—that continued to employ forced labor.”