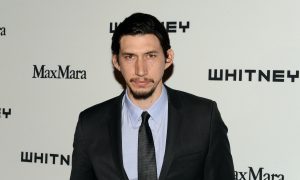 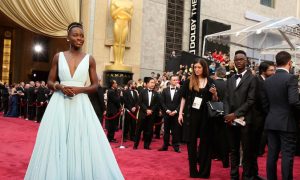 An official-looking Star Wars Episode VII logo has surfaced on the internet, but has been revealed to be a fake.

Cedric Mengual, a designer, made the logo and posted it on his Twitter.

After blog The Ramses Project tweeted “So this is a thing now. It’s a stupid thing to boot,” the official Star Wars Twitter replied “Don’t worry, it’s fan made and definitely not official.”

@RamsesProject Don’t worry, it’s fan made and definitely not official.

Adam Driver has been confirmed to play the role of the main villain, which is rumored to be Darth Caedus.

Oscar winner Lupita Nyong’o has also been linked with the new Star Wars sequel, and is speculated to play Obi-Wan Kenobi’s descendent.