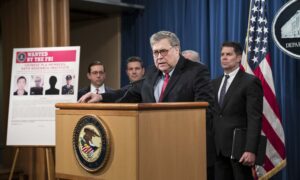 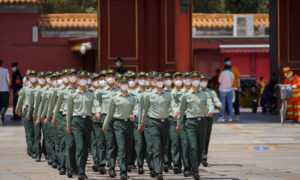 A visiting Chinese researcher at Stanford University has been charged with visa fraud for failing to disclose her relationship with the Chinese military, according to the Department of Justice.

In her visa application submitted in November 2018, she described herself as a neurologist who was coming to Stanford University to conduct research related to brain disease. She disclosed that she served in the Chinese military from September 2000 to June 2011, and that her current employer was a Beijing hospital named “Xi Diaoyutai.”

The open-source research included five scientific papers published between 2012 and 2018 that she co-authored. In two of the papers, Song was affiliated with the Fourth Military Medical University (FMMU) in Xi’an, the capital of northwestern China’s Shaanxi Province.

The three other papers showed her affiliation to the Air Force General Hospital in Beijing, which has the same address as the Beijing hospital that she stated in her visa application.

The research also found a photo of Song dressed in a Chinese military uniform with insignia, on her profile page that appears on the Chinese health site “cnkang.com.” The link to her page, which was included on the affidavit, is no longer accessible.

According to the affidavit, the insignia on her uniform represented civilian cadres of the PLA, who are “active military personnel who have been appointed to junior professional technical positions or clerical ranks and above,” citing China’s Ministry of National Defense.

The same photo also appeared on her profile page on another Chinese medical information website “youlai.cn,” according to the affidavit.

Additionally, a 2015 academic conference held by the PLA Medical Science and Technology Commission listed Song’s name as one of the conference’s points of contact, with the same phone number that was also listed on her visa application.

Blalock and another unnamed FBI agent interviewed Song at her U.S. residence on July 13, after a search warrant was issued by the U.S. District Court of the Northern District of California.

During the interview, Song repeatedly denied any current affiliation with the Chinese military. When confronted with the photo showing her in Chinese military uniform, she stated: “I think it’s better I keep silent,” according to the affidavit.

“I believe that Song was intentionally misleading when she claimed no association with the PLA Air Force and could not provide articulable reasons to explain her continued affiliation with elements of the Chinese military,” Blalock stated.

The FBI also recovered several deleted documents from her external hard drive seized by the agents, including a letter from Song to the Chinese consulate in New York where she wrote that her employer “Xi Diaoyutai Hospital” was a false front, according to the affidavit.

Additionally, she explained in the letter that she had obtained approval from the PLA Air Force and FMMU to extend her stay in the United States for a year in January 2020.

Finally, she said in the letter that she couldn’t send the military approval documents via the internet to the consulate because they were classified.

Song made her initial appearance before U.S. Magistrate Judge Sallie Kim on Monday morning to face the charge of obtaining a visa by material false statements. She is scheduled for another appearance before Kim regarding detention on July 21, according to the Department of Justice.

If convicted, she faces up to 10 years in prison and a maximum fine of $250,000. According to the affidavit, Song lives in the United States with her daughter.

The charge against Song comes after a similar case in Los Angeles in early June, when Wang Xin, an officer with the PLA, was arrested at the Los Angeles International Airport before he could fly back to China.

Wang, who was issued a J1 non-immigration visa in 2018, was charged with visa fraud for concealing his military background on his visa application.

In October 2018, the Australian Strategic Policy Institute, an independent think tank partially funded by Australia’s Department of Defense, issued a report detailing Beijing’s scheme to send scientists with PLA ties to study at university programs, mostly in the “Five Eyes” alliance countries—Australia, Canada, New Zealand, United Kingdom, and the United States—in an attempt to procure technology that would advance the Chinese military.

The report estimated that since 2007, more than 2,500 Chinese military scientists and engineers have studied abroad, often by masking their military ties.