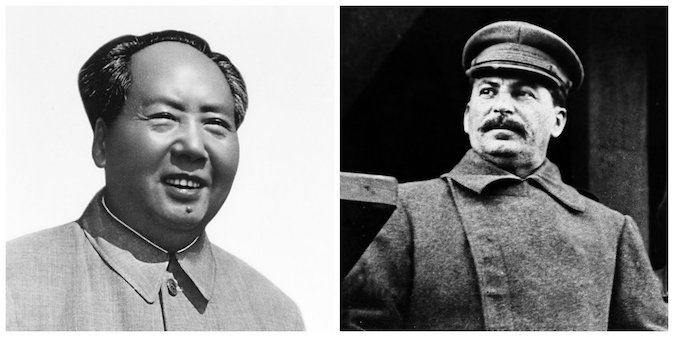 “I came here to do more than eat and …!” yelled Chairman Mao Zedong in a Russian country house on December 1949, the final word being the kind of expletive Mao was known for. Having just seized China, the Great Helmsman expected to be feted in the Soviet Union, and secure much-needed economic aid and technical expertise from his communist counterpart Josef Stalin.

But having Mao do nothing but feast and pass excrement was Stalin’s plan all along.

While studying the Russian intelligence archives, former Soviet agent Igor Atamanenko discovered that Soviet spies had collected and studied Mao’s stool samples for 10 days when he was in Moscow, according to BBC. Intelligence officers had reportedly collected Mao’s poop via secret boxes that were connected to toilets set up specially for the Chinese Communist Party chief.

The malodorous espionage was part of a 1940s top secret project by the Soviet secret police to piece together a psychological profile of foreign leaders. Lavrenti Beria, the notorious Soviet security and secret police chief, headed the classified project, according to Atamanenko.

If the Soviet’s pseudo-scatologists found “high levels of amino acid” in the fecal matter, for example, “they concluded that person was calm and approachable,” Atamanenko told BBC. Absence of potassium meant the person had a “nervous disposition” and suffered from insomnia.

Stalin was supposedly less than impressed with Mao after the results of the feces analysis came through, and refused to do a deal with the Chairman.

Mao eventually summoned the wily Zhou Enlai, the Chinese premier, to negotiate with the Soviets. The best Zhou could come up with after weeks of negotiations was the Treaty of Friendship, Alliance, and Mutual Assistance.

This agreement hugely favored the Soviets: for $300 million in military aid payed out over five years, China had to give up sizable territory to the Soviets; pay exorbitant salaries to Soviet advisers attached to China; and exempt Russians from Chinese law, a measure reminiscent of the humiliating extraterritorial demands of Western powers.

It is unclear if Mao Zedong was aware of this change. When visiting the Soviet Union in 1957, he eschewed the flush toilets installed at the former residence of a Russian empress, where he lodged, and insisted on using his own chamber pot.