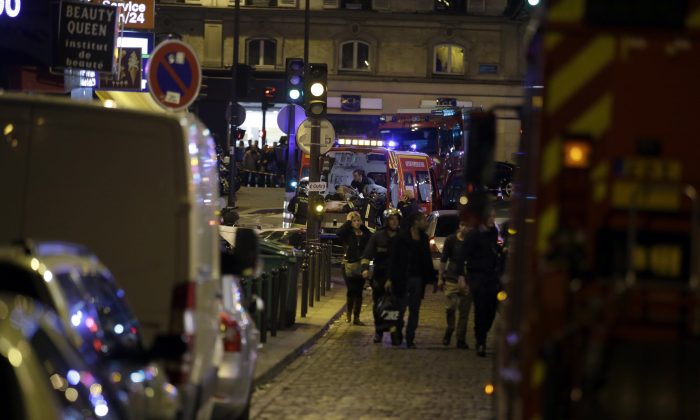 Stunning images and video show the scene inside Stade de France in Paris before and after the explosions late November 13.

Tens of thousands of people were in the stadium watching Germany and France play football (soccer).

The explosion outside the stadium was heard throughout the pitch, stopping the match and prompting people to rush onto the field.

Dozens are dead after the explosions and gunshots across the city, including at a restaurant and a theater.

Gregory Goupil of the French Police Union Alliance said that two of the explosions occurred near Stade de France were suicide attacks.

See photos, pictures, and videos below.

This is terrible. You can hear the explosion outside the stadium through the match commentary. #prayforparis https://t.co/x1HDeIwk1y

At the Stade de France hundreds wait on pitch & shocked players watch the news unfold on TVs inside. #FranceGermany pic.twitter.com/716aqnxe1T

Shocking images from the French stadium, where a soccer match was being played at that moment #Paris pic.twitter.com/joqpnWMzbq