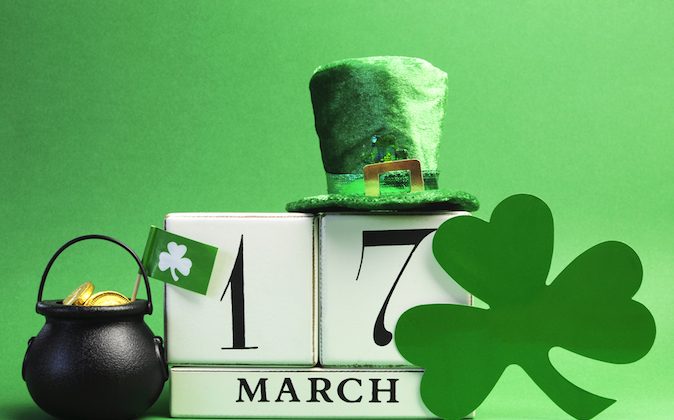 St. Patrick’s Day is just around the corner.

A cultural, religious, secular, and even public holiday (Ireland [Republic and Northern], Canada [Newfoundland and Labrador] and Montserrat), St. Patrick’s Day commemorates the death date of St. Patrick, and is celebrated on March 17 by the Irish and Irish diaspora worldwide.

Here are some cool facts you can impress your friends with at a St Patrick’s Day party or parade.

1. St. Patrick is not Irish

St. Patrick was born in Great Britain and was of Romano-British descent. He was “6 years a slave” in Ireland, being captured by Irish marauders at aged 16 and brought to Ireland.

St. Patrick eventually escaped and returned to his family, although he would make his way back to Ireland as a missionary, and be forever associated with Ireland and the holiday in his name.

2. You should be wearing blue, not green

Historians say that green was adopted because of St Patrick’s use of the shamrock (a three-leaf clover), and because of the its association with Ireland, the “Emerald Isles.”

Blame it on early 20th century greeting cards. Shamrocks didn’t use to have any symbolic meaning beyond representing the Christian Trinity (Father, Son, Holy Spirit).

Because shamrocks kept appearing on printed greeting cards, and as St Patrick’s Day got more secular and commercialized, today, shamrocks are lucky charms.

4. Corned beef and cabbage is an Irish-American invention

Boiled beef and cabbage via Shutterstock

Back in Ireland, the Irish ate boiled bacon on St. Patrick’s.

Bacon was replaced with corned beef in America because most of the 19th century Irish immigrants to America were poor, and brisket, being the cheapest cut of meat, was all they could afford to celebrate their special day with.

“Patty” is short for “Patricia,” not “Patrick.” “Paddy” is an accepted short form for someone who’s name is Patrick.

Don’t go calling everyone of Irish descent “Paddy,” however, because it is also a 19th century slur for Irish people.